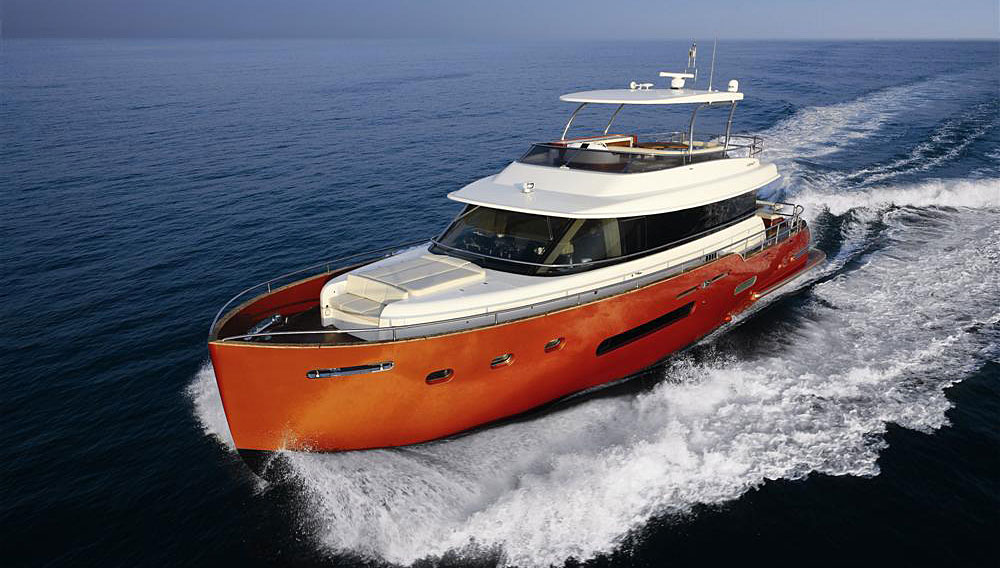 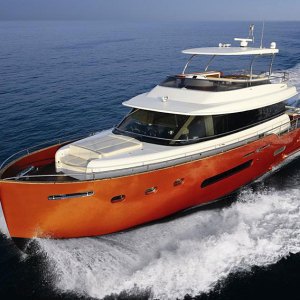 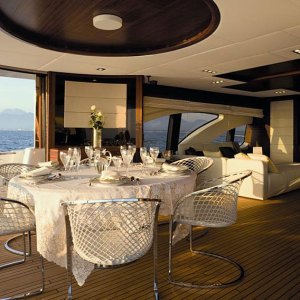 Who says expedition yachts have to be for expeditions? Azimut’s Magellano 74, which was launched late 2009, broke the mold on the mini explorer yacht, which typically was a displacement-style trawler or tug-style boat with a spartan interior and fairly rough living quarters. The Magellano, with a range of 1,100 miles at 12 knots, can also reach speeds up to 24 knots, thanks to its deep-V hull. But the boat was also designed for the comfort of its owners, with a gyroscopic stabilizer to limit rolling at anchor, a large master suite, and open salon. The interior is simple but elegant, with the use of dark woods, light-colored fabrics, and 360 degrees of natural light. It’s an interior that a couple could live in for weeks at a time on an extended cruises that would also make an excellent venue for a social gathering. Azimut believes in the Magellano so strongly that it sent noted marine explorer Dag Pike on a 1,000-mile shakedown cruise to prove the concept. Pike had the cruise of his life, and lived the life of Magellan in true luxury.

Electric Boats Are Coming, but How Fast Will They Get Here?