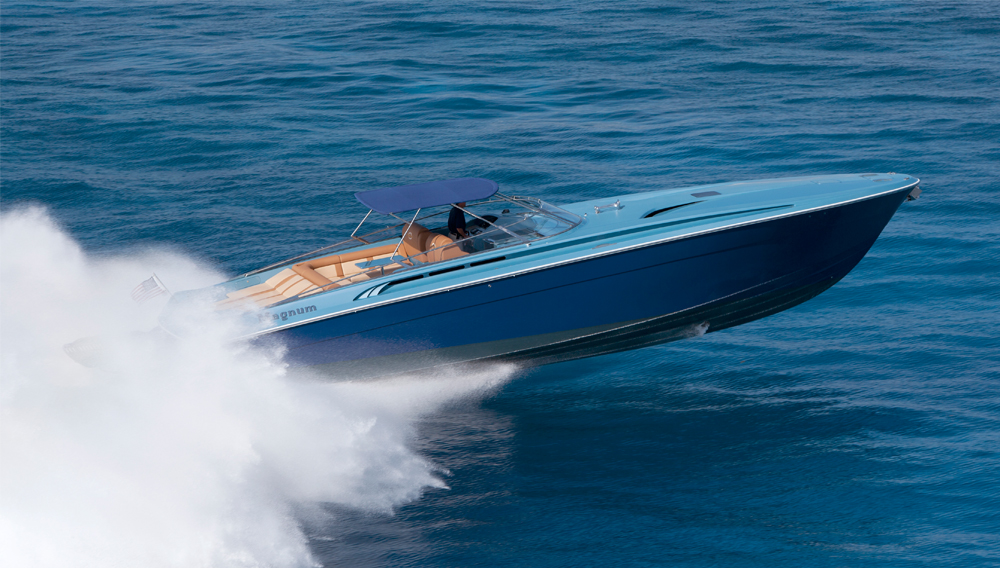 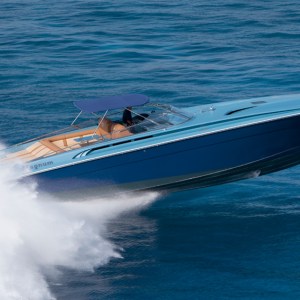 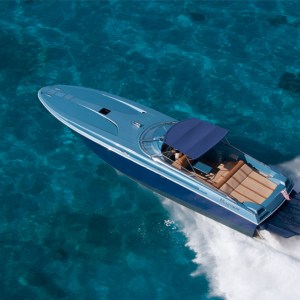 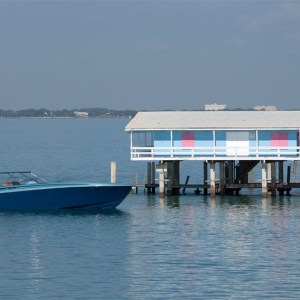 The debut Magnum Marine’s Magnum 51 powerboat will be shown October 30 through November 3 at the Fort Lauderdale International Boat Show. Delivered to its owners this summer, the first example of the 51-foot Magnum 51 line is equipped with new environmentally friendly features that allow the boat to perform just as exceptionally as its forebear (a 50-foot model) while dropping its fuel consumption to 100 gallons per hour.

Nicknamed “Bestia” (Italian for “beast”) for its impressive power, the Magnum 51 (starting at about $2.2 million) achieves its increased efficiency by reducing weight, using common rail engines, and employing a revamped surface-drive system. The boat that will be shown at the Fort Lauderdale show is equipped with a sporty two-tone paint job and twin MTU diesel engines that generate 1,600 hp and allow it to reach up to 74 mph. In addition to a full-beam sun pad aft, the boat features an L-shaped seating area and a helm station with a removable cloth cover. Inside, the craft is equipped with a surprising number of amenities for a boat of its size, including a head with a shower, a double cabin with a queen-size bed, a saloon, a galley, and even a crew cabin.

In addition to the Magnum 51, Magnum Marine is also working on eco-friendly versions of two other model lines: the Magnum 50 and Magnum 60. The first examples of those boats are currently under construction, with launches expected in 2015. (magnummarine.com)