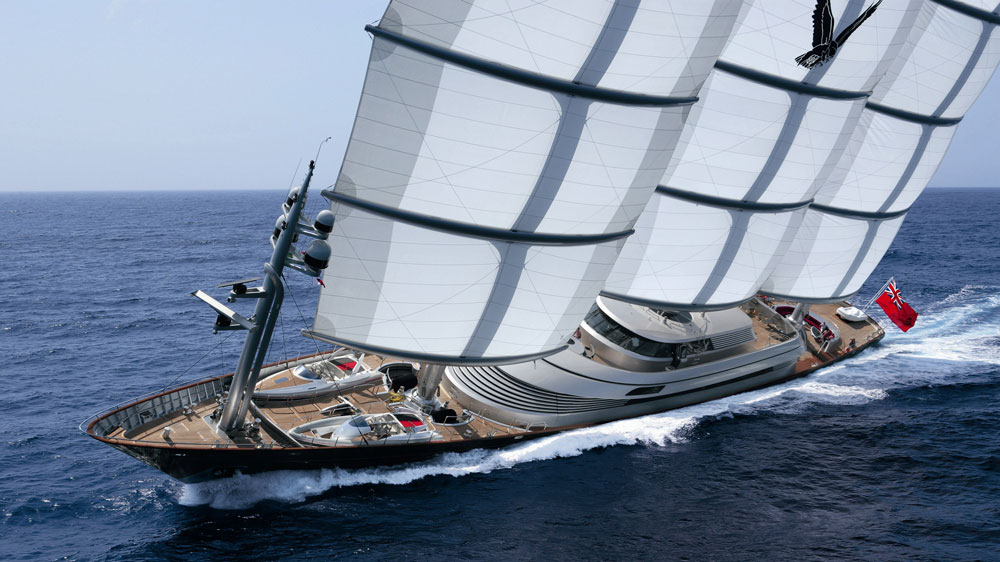 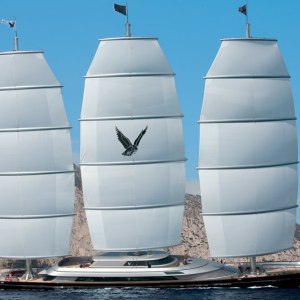 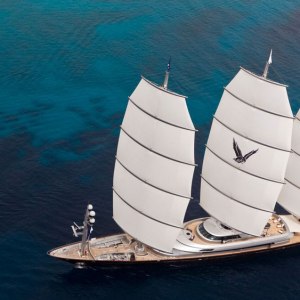 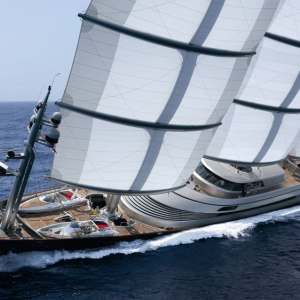 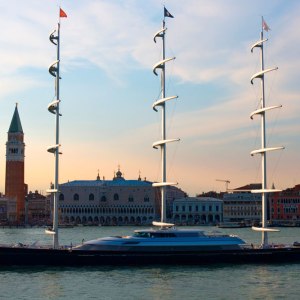 When he launched Maltese Falcon in 2006, venture capitalist and former Hewlett Packard GM Tom Perkins fulfilled a fantasy that most sailors would never have even dared to dream.

The 289-foot superyacht by Perini Navi—considered the world’s most radical sailing yacht and the largest private sailing yacht at launch time—has three giant rotating masts, each supporting five sails. The “Dyna Rig” masts give Maltese Falcon a top-end speed of 24 knots. Although translating this 19th-century concept to a 21st-century yacht could have been a spectacular failure, Perkins forged ahead, spending between $150 million and $300 million over a four-year period. His team built a special facility to test and build the carbon-fiber masts (with heights up to 187 feet) at the Perini Navi shipyard in Tuzla, Turkey.

The furling sails are stored inside the masts and automatically deploy along tracks in six minutes at the push of a button. The sails, which have no rigging, are trimmed by simply rotating the masts electronically. To the amazement of many, and the outrage of sailing purists, a single, desk-size, push-button panel controls all 25,800 square feet of material on the yacht’s 15 sails, allowing Maltese Falcon to be operated by one person if desired.

With naval architecture by Dykstra Naval Architects and Perini Navi, and exterior design by Ken Freivokh, the yacht has won multiple superyacht races, as well as numerous awards, including Robb Report’s Best of the Best.

In the stunning interior also created by Ken Freivokh, which features generous spaces and contrasting materials, carbon finish is used beside walnut, and aluminum works well beside Macassar ebony. The yacht has a full-beam master and five double suites, accommodating 12 guests.

Twelve years after he built his dream, Perkins’s Maltese Falcon is still one of the most technically advanced sailing yachts ever.