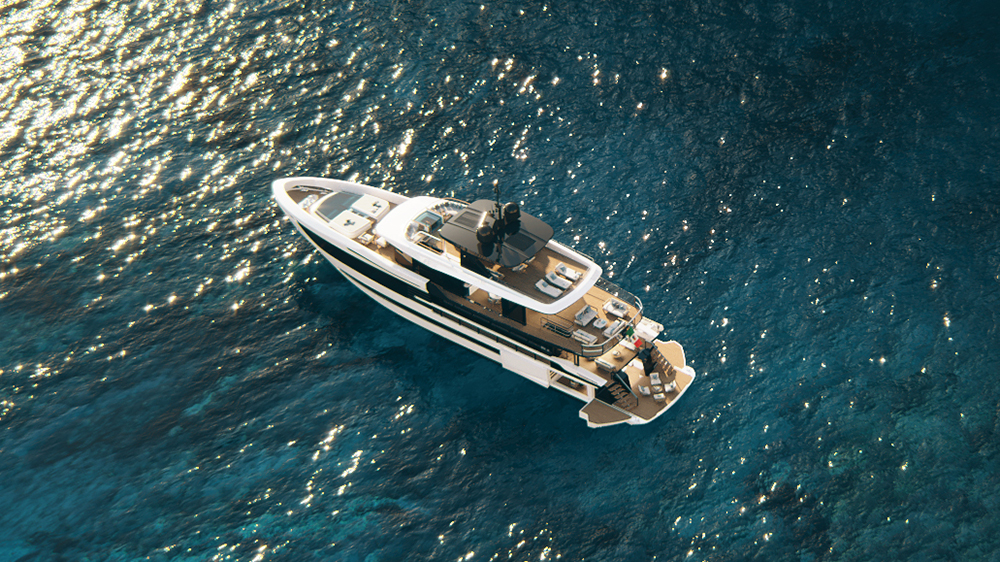 If the description is anything to go by, Mangusta’s latest superyacht is a floating piece of luxury real estate. The 128-footer is billed as an “ocean-going glass villa” with an interior styled like a “Miami penthouse.”

The new model, dubbed the Oceano 39, was unveiled Thursday in a virtual presentation hosted by the president of Mangusta Americas, Stefano Arlunno. According to Arlunno, the design actually originated from clients requesting a tri-deck superyacht a little smaller than the Italian builder’s entry-level Oceano 43, which has already seen six units sold. The new 39 could prove just as popular.

Helmed by Italy’s Overmarine Group, Mangusta has been in the game since 1985 and brings a wealth of expertise to its builds. The vessel itself appears to live up to Arlunno’s hyperbole. The exterior is replete with sculpted lines and long swathes of glass that create the effect of a seaside villa. In addition, a minimalist superstructure and minimized bulwarks ensure that you’ll always have primo sweeping views, just like that touted Miami penthouse.

Onboard, the vessel offers a spacious 299GT interior, which Mangusta claims has never been achieved on a vessel of this size. Prolific young Italian designer Alberto Mancini outfitted the space and opted for subtle hues with simple yet elegant furnishings. Naturally, this can all be customized depending on personal taste.

The interior flows effortlessly to the exterior where seafarers have access to an inordinate amount of deck space, along with al fresco dining areas and sun lounges. The vessel is fitted with not one but two infinity pools: The first is located on the sundeck, while the second sits forward of the main deck above the owner’s stateroom. Since the latter has a partially see-through bottom, it floods the generous cabin underneath with natural light.

As for performance, the Oceano 39 is fitted with an imposing, powerful bow to help her cut through the seas. There are two different propulsion options, which result in varied top speeds. The standard displacement version can reach 16 knots, while the fast displacement can hit 21 knots. Now show us a penthouse that can do that.