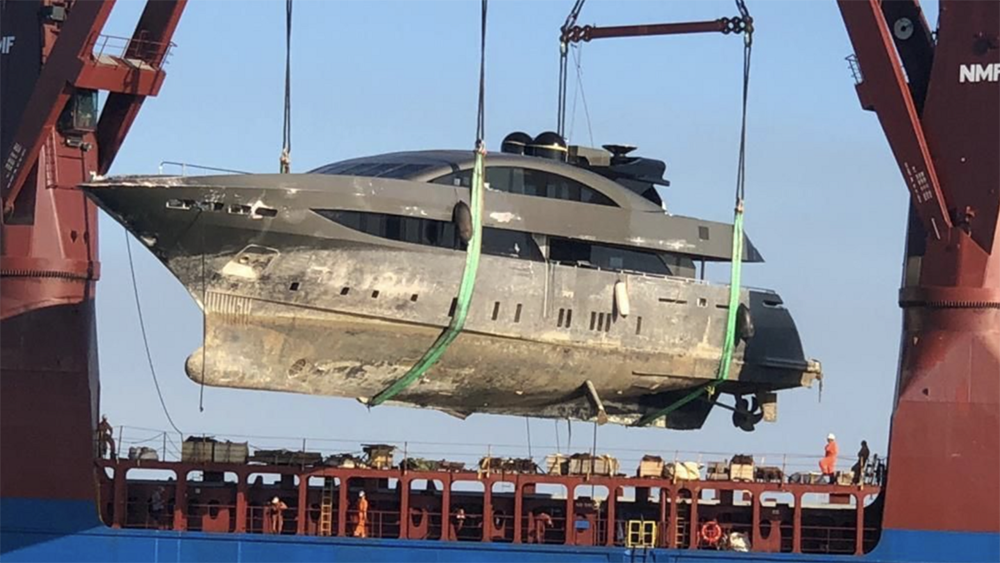 The Turkish shipyard has laid out plans to refit three luxury superyachts severely damaged by Hurricane Irma in 2017 for quite a bargain. The trio, which includes Mondomarine’s 136-foot Sierra Romeo (above), Sanlorenzo’s 126-foot Princess Claudia II and Benetti’s 94-foot Mariale V, were fully inspected by the folks at Mavi and found to be ripe for renovation.

“This is a one-off opportunity,” Mavi’s Haluk Gundogdu told Superyacht Times. “All three are pedigree builds and can be refitted to turnkey condition at our shipyard, or sold as they are.”

The survivors of the Category 5 hurricane are now laid up at Mavi’s Istanbul yard, and the team has secured the hull classification drawings of all three. The structures are said to be sound and the bulk of the damage superficial. As a result, the yard claims each vessel can be returned to “nearly new” condition at a fraction of the original asking price.

Launched in 2007, Sierra Romeo is one of only two hulls in Mondomarine’s 41M series and has previously changed hands for as much as $10 million. After being wrecked at Sint Maarten, the 349 GT yacht is now listed for roughly $713,000. It needs to be fully stripped, but this means you can switch up the original three-cabin, six-stateroom layout. To get Sierra Romeo to turnkey condition, Mavi says you’ll have to fork out about $6.15 million on top of asking (depending on your requests).

Princess Claudia II is part of Sanlorenzo’s highly successful 40 Alloy series. The models in this range typically sell for between $7.2 and $17.5 million, but this damaged 2011 beauty is now up for sale for $918,000. The princess, which was penned by Francesco Paszkowski, was fully submerged during the hurricane and had to be dredged out of waters in Saint Martin. The yard estimates you’ll need to pay about $6.7 million to get her back to fighting shape.

Mariale V was launched in 2015 as part of Benetti’s popular Delfino 93 range. Models in the 14-strong series can sell for as much as $6.15 million, but this roughed-up example will set you back $436,000. It features an exterior design by Stefano Righini Design and interior styling by, well, you. Mariale V’s insides had to be ripped out, so you have a blank canvas. All told, you can expect to pay $2.6 million on top of asking.

We did the math: All three entirely revamped yachts will cost you $17.5 million. It’s worthwhile noting that Mavi hasn’t indicated how long each refit will take, but a dream fleet doesn’t come together overnight.