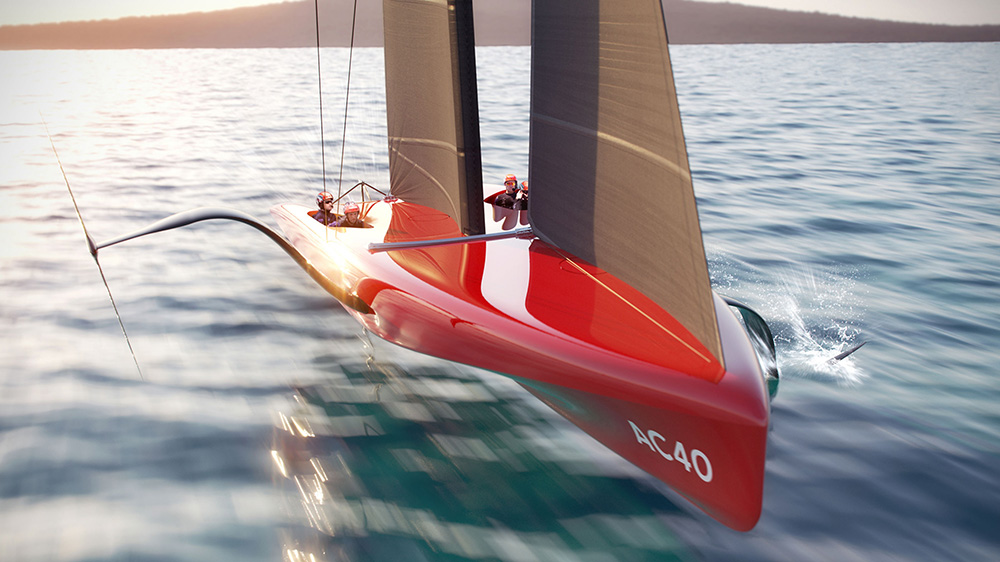 Now you can experience the thrill of competing in sailing’s oldest and most storied race yourself.

McConaghy Boats has started selling the AC40, a scaled-down version of the foiling monohull sailing yacht that competes in the America’s Cup. The sleek boat will allow you and a crew of three others to really push yourself to the limits out on the water.

The AC40 is based on the AC75 foiling day-racer designed by Emirates Team New Zealand and built by McConaghy. That vessel competed in the 36th America’s Cup in 2021 in Auckland, New Zealand, and will sail in the next two races. The scaled-down boat is about half the size of the full-size version, with a hull that measures 38.7 feet bow to stern, instead of 68 feet.

The yacht’s monohull is made from carbon composite and features a deck structure with two cockpits for crew members. Like the AC75, the yacht has no keel, and features wing-like hydrofoils mounted beneath its hull. It uses a soft wingsail attached to a two-piece Southern Spars mast to rocket across the water at speeds of up to 44 knots. Rounding out the package are full hydraulic control and electronic PLC and instrumentation systems just like those used by Emirates Team New Zealand.

The boat, which is available for both racing teams and private enthusiasts, arrives ready to sail, with all systems installed and commissioned. You will need a team to take the boat out on the water, though. Two helmsmen and two trimmers are required to sail the yacht, while an autopilot system will keep everything else running smoothly.

Those interested in adding an AC40 to their collection can reach out to McConaghy directly. Be prepared to pay a hefty price, though. The shrunk-down racer will set you back about $2 million, according to Jalopnik. And if you’re worried about whether or not you have the skill needed to make the most of a boat that costs that much, there’s no need to fret. McConaghy also has an in-house simulator to get you up to speed before you hit the water.