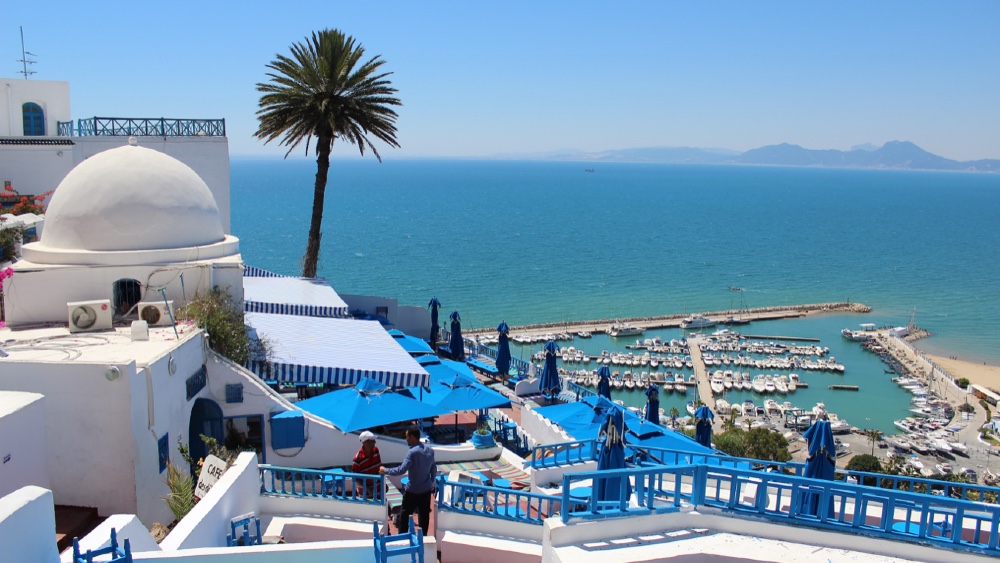 Reminiscent of Hollywood director Kevin Reynolds’s post-apocalyptic film Waterworld, the world’s bustling superyacht cruising grounds have remained eerily quiet since Covid-19 first hit in March. While cases continue to rise in Africa, Asia and North and South America amid fears of a global second spike, a growing number of Mediterranean countries have declared themselves open for business.

Montenegro, Croatia, Malta and Tunisia are among the top six European countries to record the lowest number of active cases. Figures taken from the John Hopkins Trust data set on June 8, 2020, show that Croatia had just four active cases per million population, compared with Spain with 1,329. Tunisia followed Croatia, with just five active cases per million, while Montenegro has been promoting itself as “Europe’s first coronavirus-free country” since May 27, when the Balkan country announced it no longer had any active cases of the virus.

Kim Williams of superyacht agency Yacht Services Tunisia believes that Tunisia’s success is down to the swift action taken early on by the government.

“The Tunisian government were very proactive in trying to stop the spread of Covid-19,” he told Robb Report. “The entire country was put on lockdown on March 21, with only around 50 reported cases. We had a nighttime curfew, Mosques closed, cafes, airspace and international borders closed. We were not allowed to travel from one town to another, and even the trains were stopped.”

Popular with charter guests keen to explore the picturesque Dalmatian coast, Croatia was one of the first European destinations to reopen. Yachts have been allowed to sail and charter in Croatian waters since mid-May. On June 1, Montenegro removed quarantine requirements for all yachts arriving from outside its waters, and opened its borders to countries with fewer than 25 people infected per 100,000 inhabitants.

Montenegrin Prime Minister Dusko Markovic has reportedly highlighted Croatia, Germany, and Greece as “target countries” for wooing tourists for its summer season. Markovic said that top-drawer destinations, like the premier superyacht marina Porto Montenegro, will “miss the absence of high-value markets, such as the UK, Italy and Russia.”

With its many islands and the opportunity to self-isolate aboard a yacht, Croatia has become a popular alternative for many charterers this summer.

Malta was one of the few countries to make a travel ban exemption during lockdown for yachts arriving into port from outside its borders with only crew on board. The yachts were allowed to undertake repairs, refueling and servicing from June 5 in a bid to help kickstart Malta’s yachting industry in time for the summer months. This governmental support was strengthened on July 1 when the island, known for its limestone shoreline, reopened its airports and seaports.

Air Malta has now restored its international flight schedule to and from 22 European destinations. Its round-trip flights include popular yachting hubs of Sardinia, Sicily, Norway, Spain, France, Greece and Italy (excluding Lombardia and Veneto). Foreign visitors arriving from those countries are not required to quarantine.

Much like its neighboring island of Malta, Tunisia’s three-month countrywide lockdown has also paid dividends. Its effective quarantine period saw Tunisian citizens who were abroad at the start of lockdown safely repatriated, with a required 14-day isolation period spent in hotels at the expense of the Tunisian government. With the pandemic contained, Tunisia reopened its borders in late June.

Tunisia, with few reported cases of Covid-19, was one of the first to reopen its ports to visiting yachts.

“Tunisia has been through a lot over the past nine years, but each time it rises up against the odds,” says Williams. “With our international borders now open, we should all be very thankful for the swift action that the Tunisian government has taken.”

For US visitors, Montenegro, Croatia, Tunisia and Turkey are open for charters, while the most popular countries of the Western Mediterranean—Italy and France—are open only to EU and Schengen countries, while Spain is not allowing chartering now. Burgess Yachts has a web page that regularly updates each country’s status for port openings and charters. The list includes Europe, the US, Caribbean and the South Pacific.