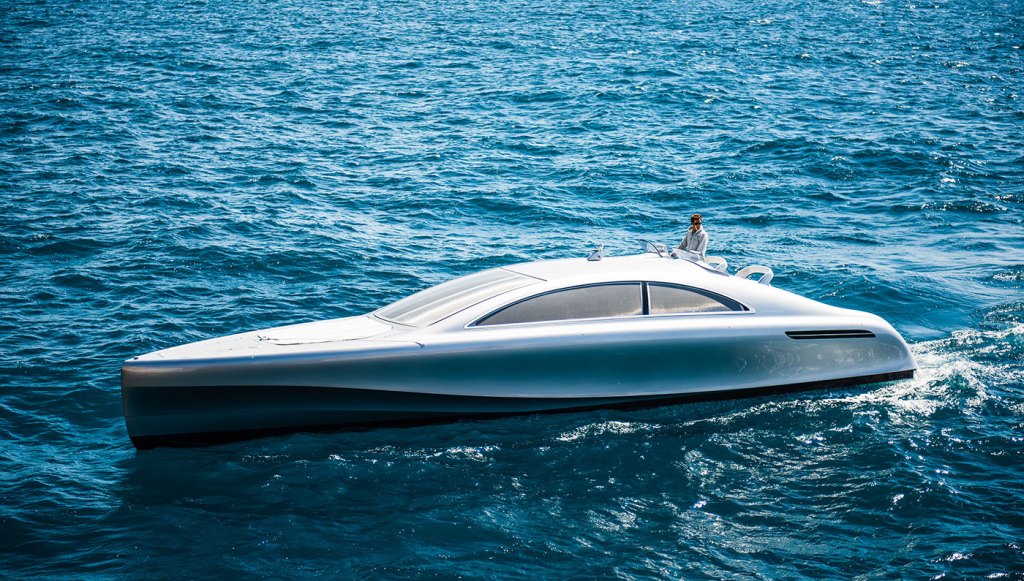 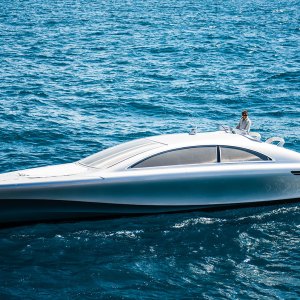 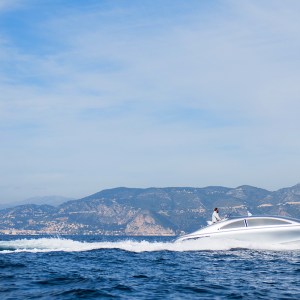 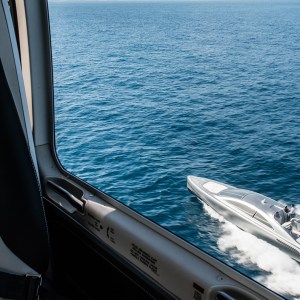 The long-anticipated Silver Arrows Marine Arrow460-Granturismo motor yacht successfully targets the same exacting standards of aerodynamic design and lavish detailing found in the finest automobiles—little surprise, as it was developed in tandem with the team at Mercedes-Benz Style. Named after the German marque’s renowned racecars of the 1930s—dubbed the Silver Arrows—the Monaco-based boatbuilder has brought the same winning appeal to its 46-foot pleasure craft.The result of a four-year partnership with the luxury automaker’s product division, the first preproduction example, fittingly christened Mercedes, reflects similar sculptural elements as those of high-performance vehicles. These include an extended foredeck and an arcing roofline that slopes down toward the stern.

An aquatic missile, the yacht carries two Yanmar diesel engines that let fly a total of 960 hp and allow for a top speed of 40 knots or cruising at 26 knots. Handling is enhanced by the hull—designed by Van Oossanen Naval Architects—while navigation is made a breeze by way of a double-console cockpit equipped with Twin Disc’s Express Joystick System.

Maximizing functional space (facilitated by a 13-foot beam), the layout includes a retractable aft terrace and built-in sundeck. The interior and exterior are innovatively integrated with side windows, a cabin top, and a transparent partition (between dining and lounge areas) that can be automatically raised or lowered by push-button and feature polarized and dimmable smart-glass technology.

With a capacity for 10 passengers, the cruiser can also comfortably sleep two within an air-conditioned belowdecks equipped with nubuck-leather seating and eucalyptus veneers, along with such amenities as an ice-maker and chilled wine storage.

Debuted on France’s Côte d’Azur during the launch of the Mercedes-Benz S-Class Cabriolet in April, the Arrow460-Granturismo will begin production before the end of the year and be available at a price of about $2.8 million. (silverarrowsmarine.com)