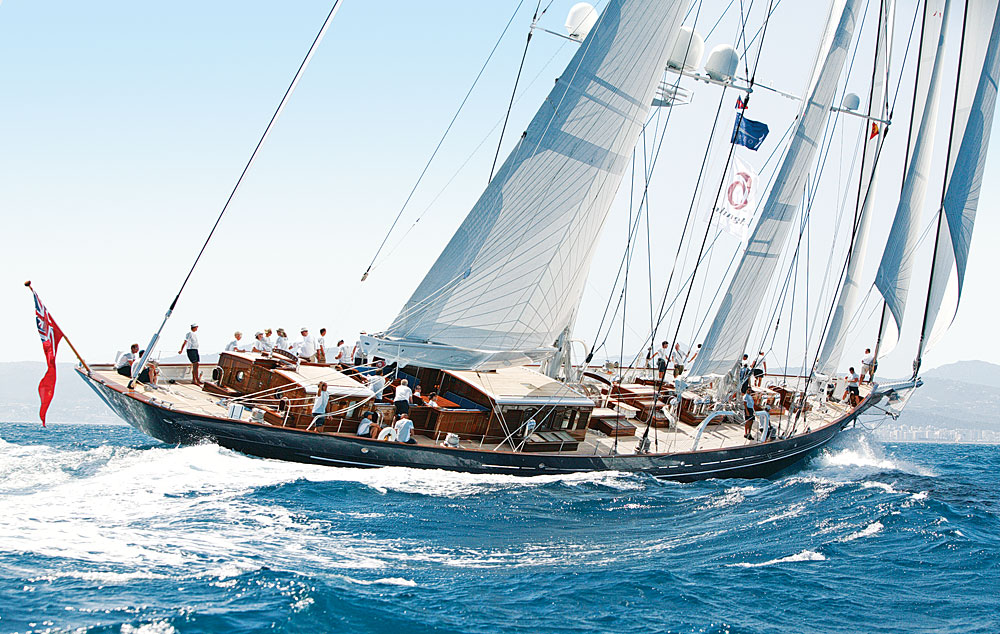 From its Edwardian-influenced interior to its wide teak deck planks, Meteor harks back to the age of sail while making the most of modern technology and materials. For example, Rondal, Royal Huisman’s sister company, designed the rigging and sails to appear traditional but built the masts from carbon components and the sails from high-performance cloth. Inside Information: The interior includes a fireplace, which serves as the centerpiece of the library. The boat holds three cabins for guests, and berths that can accommodate seven crew members. Mahogany is used throughout, including in the crew’s quarters. The teak-finished deckhouses afford cozy nooks, including a wet bar.