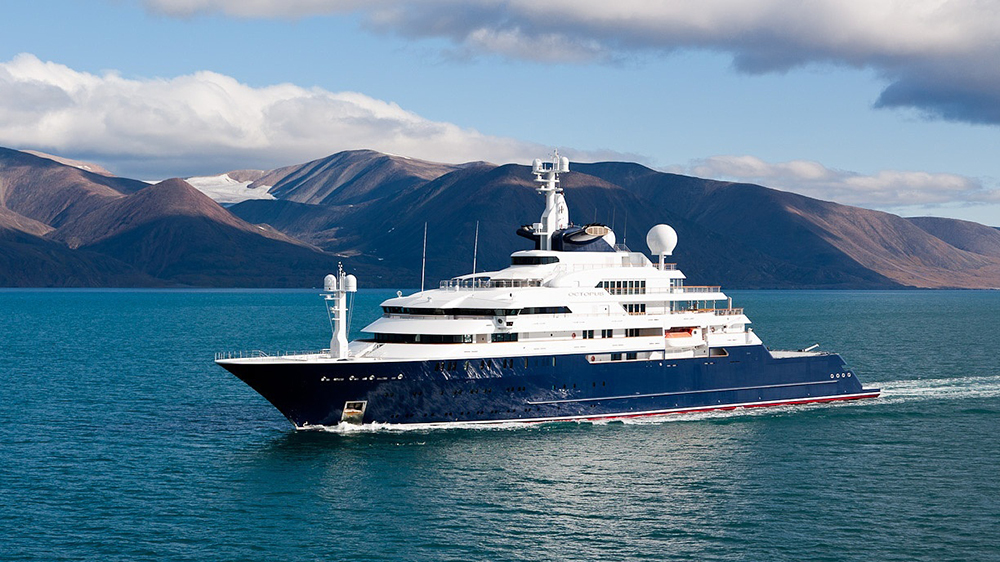 Yacht enthusiasts best press CLT+Alt+Delete on work and start gathering cash: The co-founder of Microsoft’s superyacht has just been jointly listed for sale with Burgess and Fraser for a cool $325 million (€295 million).

Commissioned by the late Paul Allen, who died of non-Hodgkin’s lymphoma last year, Octopus is one of the world’s largest vessels measuring a staggering 414 feet. Delivered in 2003, the lofty vessel features eight expansive decks—hence its thalassic title—and can accommodate up to 26 guests in 13 cabins, as well as 60 crew. Lürssen was responsible for constructing the steel cruiser, while naval starchitect Espen Øino—who has more than 40 superyachts to his credit—designed the exterior and Jonathan Quinn Barnett fashioned the interior.

Of course, Octopus is jam-packed with all the luxurious amenities that the former multi-billionaire could get his hands—or tentacles—on. Highlights include helipads and hangar space for two helicopters, a cinema, basketball court, beach club, jacuzzi, expansive pool, library, gym, upscale galley with pizza oven, an onboard recording studio where The Rolling Stone’s frontman Mick Jagger recorded tracks for his new band Superheavy, and a glass-bottomed observation lounge where guests can revel in the aquatic wonders.

If you’d rather see that marine life up-close and personal, there’s a host of equipment in the vessel’s dive center, including scuba gear, jet skis, seven tenders, and even a 10-seat submarine named Pagoo to help with underwater exploration. Best of all, there’s a hyperbaric chamber to help cure any decompression sickness you get while diving in the deep.

Octopus gets its grunt from a pair of hybrid ABB Industry AG E-Motors: The vessel has an impressive range of 12,500 nautical miles when sailing at 12 knots and can clock 19 knots when cutting through the sea at maximum speed. Allen—who was an avid ocean explorer—capitalized on the vessel’s cruising capabilities and took Octopus to the farthest corners of the globe.

Octopus demands roughly $17 million each year to run, which is a no big deal if you boast a net worth of $20 billion as Allen did. The vessel is currently on its way to the Monaco Yacht Show, where it will be available to view by appointment only.