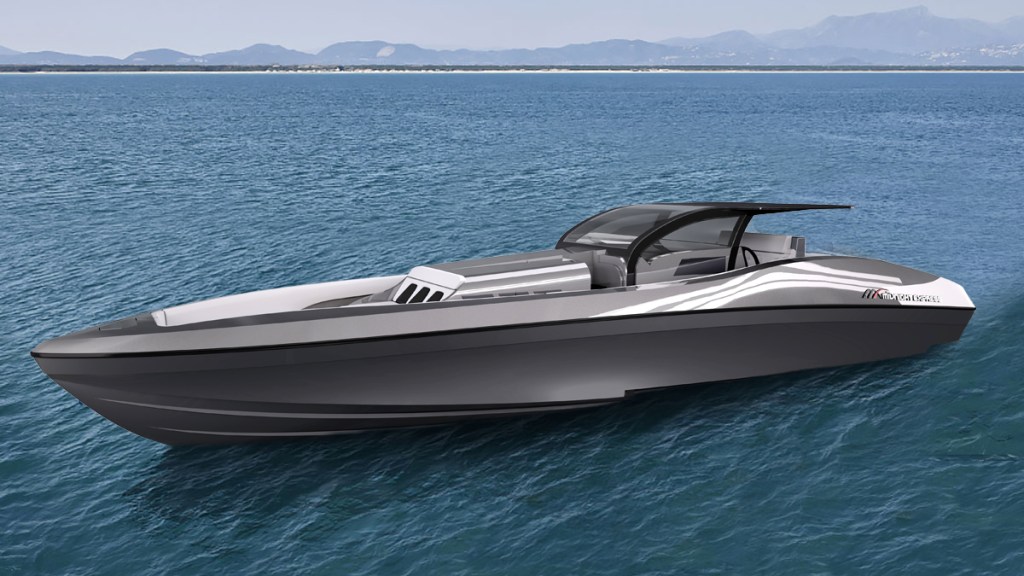 Midnight Express is one of those boat brands that have developed an almost cult following. The South Florida builder has made its name by its fearless approach to innovating the offshore center-console boat, often leading by design, as that sector has exploded in the last five years. Several of its most noteworthy models include a stunning blue-and-gold 43 Express with a painting of the inner workings of a Ulysse Nardin watch across its profile. Another incorporated an extra-wide side entry and open cockpit for an owner in a wheelchair. Its launches have managed to combine handsome profiles with custom colors, impeccable build quality, and blistering top speeds.

The new Midnight Express 60 Pied-A-Mer promises to lift the company to a higher level in terms of luxury. It’s a one-of-a-kind beauty, a 60-foot day boat with amenities like a roomy two-master stateroom interior, touchscreen helm, and 15-foot beam. At the same time, the boat’s a beast, powered by quadruple 627 hp outboard engines by Seven Marine that deliver a projected top speed near 75 mph. The Pied-A-Mer will also be available with inboards mated to surface-piercing drives that can push top speed closer to 100 mph. 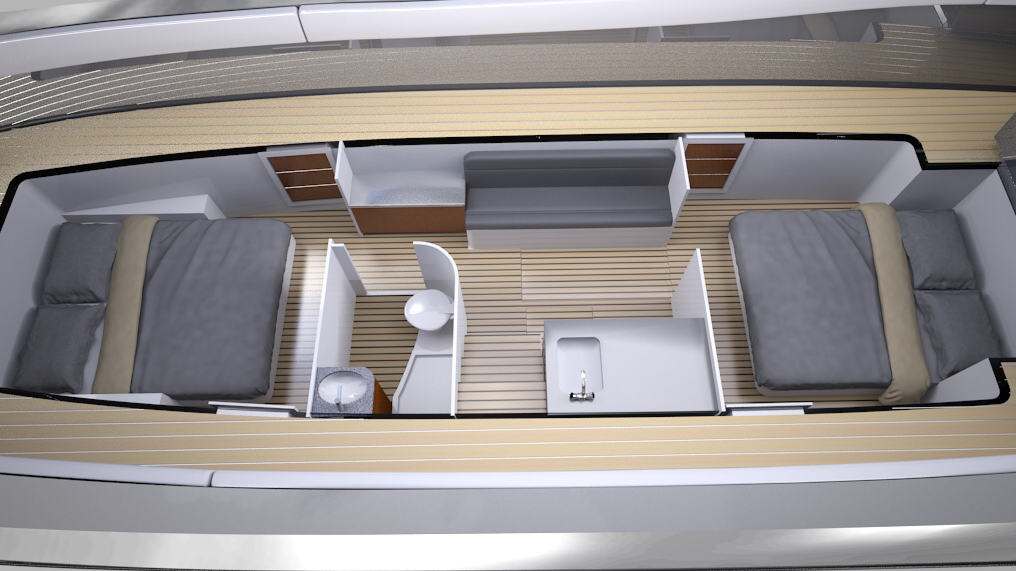 “This was a natural progression from our next-largest 43-foot model,” Harris Glaser, president of Midnight Express, told me at the Fort Lauderdale International Boat Show. “We have owners who are looking for a more luxurious day-boat experience, but they also want to use the boat on weekend trips. So we added the two-stateroom layout inside of a 30-foot-long console. There’s also plenty of deck space to enjoy the outdoors.” 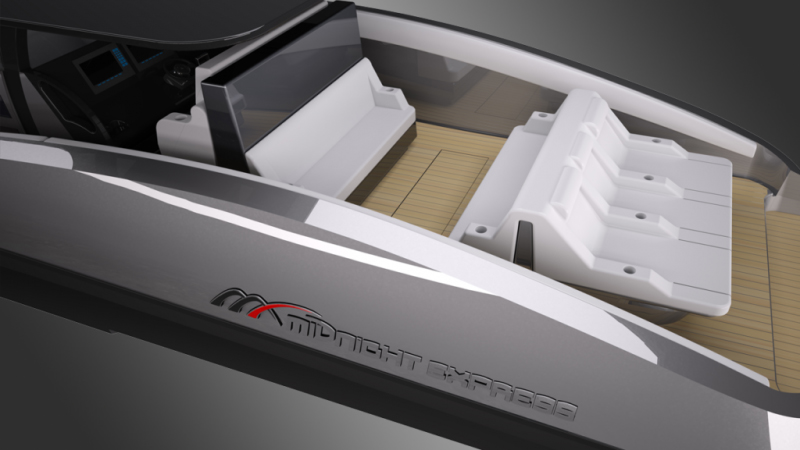 The 60 Pied-A-Mer will keep to its quality build roots. The company uses a vacuum-infusion process with extensive carbon-fiber parts to keep the yacht light and strong. Its double-stepped hull, with a 22-degree deadrise at the transom, also comes from its go-fast heritage. As Midnight Express has so often proven, its ability to customize extends beyond hull colors, but includes features like side-entry dive doors, power sunroofs, custom seating, and gyro stabilizers. Glaser calls it a day boat, but this beauty and its beast would be right at home fast-cruising to a remote cove or distant port for a few days before heading home at 75 mph.