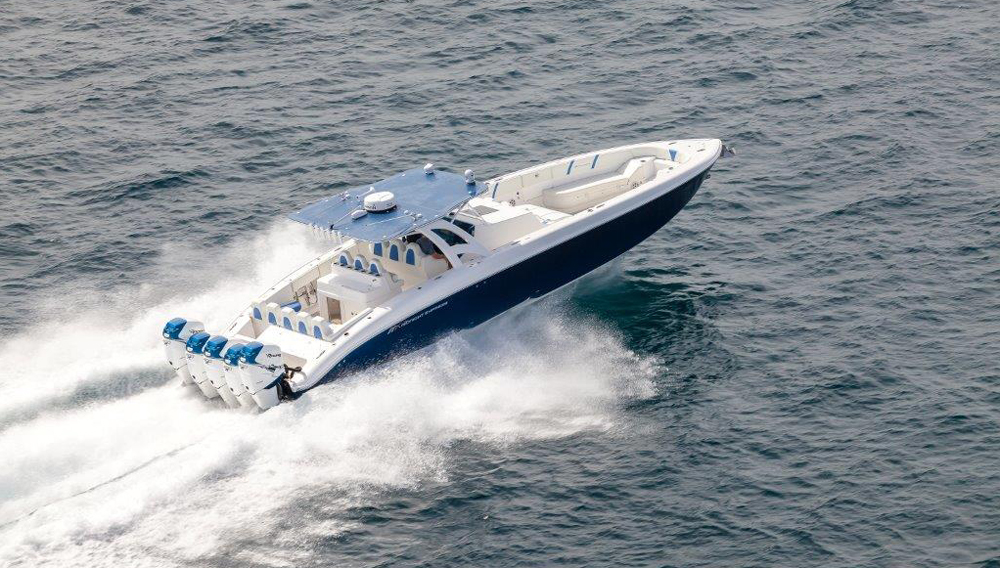 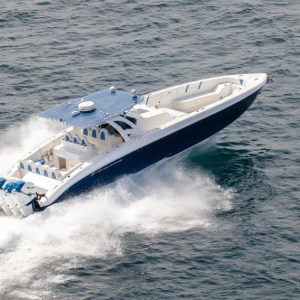 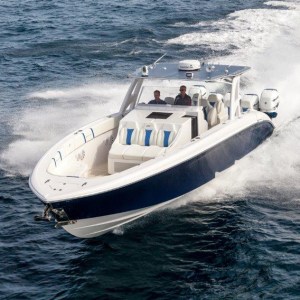 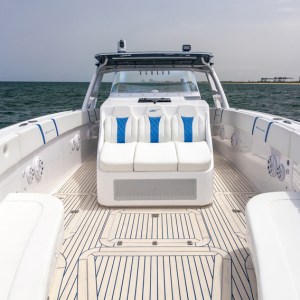 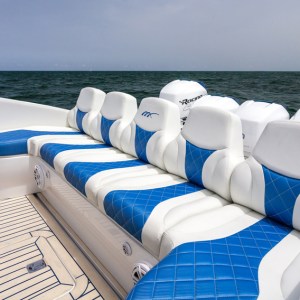 Both a beauty and a beast, the Quintessence43 from Midnight Express is the world’s first speedboat powered by five outboard engines that can be controlled with only two levers. The same boatbuilder that introduced the first five-outboard design back in 2007—and debuted the one-off Ulysse Nardin Edition Midnight Express 43 a few months back—has outfitted the 43-foot craft with five 400 hp Mercury racing engines and its proprietary ErgoEngine Control, which enables the boat to be piloted using the two levers instead of the standard six found in similar configurations. The subsequent ease in handling is also a breakthrough in safety, especially when cruising at over 90 mph. And the boat is fast from the start: The turn of a single key fires up the five engines simultaneously, another industry first. A fully digital helm includes Garmin touchscreens as well as controls for everything from lighting to batteries, operated by wireless remotes.

Built for speed and comfort, the racing yacht features an infusion-molded and cored twin-step hull that optimizes strength-to-weight ratio and minimizes bow rise; a roomy 12.5-foot beam; and a design that keeps spray to a minimum by redirecting it back to the surface of the water—yet another bit of tech unique to the company. But to ensure that times don’t get too dry aboard the Quintessence43, there is also a powerful 3,200-watt stereo with 14 speakers and six amps—in case the quintet of Mercury motors is not music enough to the ears.