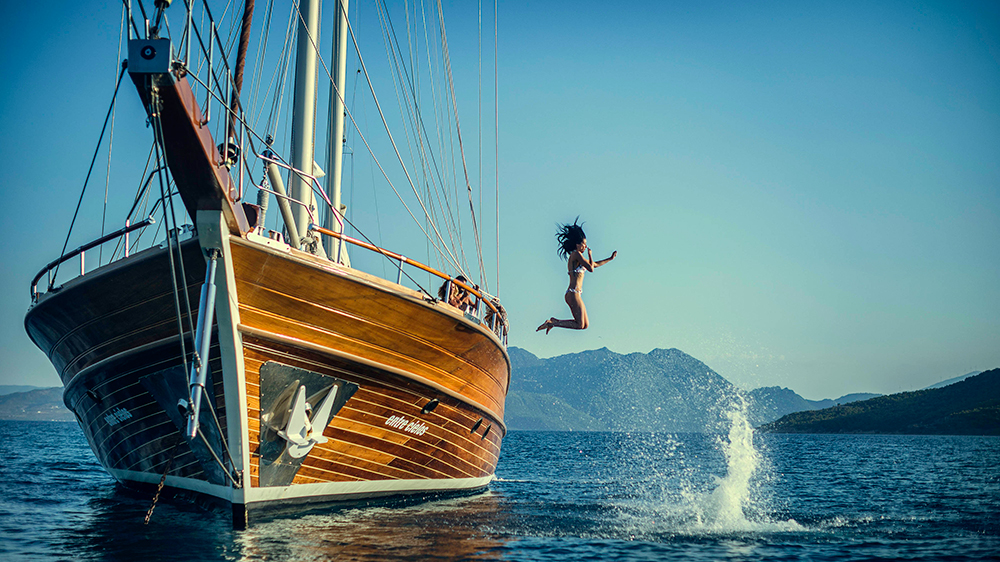 Financially frugal, environmentally conscious and highly adventurous—these are the character traits determining how millennial owners will shape the future of yachting, according to industry insiders. For Peter Lürssen, CEO of family-owned German shipyard Lürssen, the biggest change is that these affluent consumers are tighter with the purse strings than their parents.

“Younger generations inherit the family money but, when shared among siblings, it is a considerably smaller amount,” he says. “Statistically, generational wealth outweighs ‘new’ money, so while the number of owners is increasing, the amount to be spent is less. Still desiring a bespoke yacht, however, millennials are choosing something in the [197-foot] range rather than [328 feet plus].”

The demographic is also more experience-led, looking for a greater talking point than the traditional milk run of cruising around the Mediterranean. “The new style of yachting is to be more adventurous, both with destinations and activities,” says Jonathan Beckett, CEO of superyacht brokerage house Burgess. “A charter centered around kitesurfing, for example, or deep cruising in the Pacific.”

For one young Burgess client, it was all about balancing work and wanderlust. He says, “It’s the control over how I spend my time that really appeals. When I am on board, I am either fully connected to the outside world, in touch with the office and communicating to friends and family, or I completely switch off and fully immerse myself in the trip. Ownership gives me the freedom to be as spontaneous as I need or want to be, to carry over the instant demands of modern life into yachting, and to set sail to anywhere at a moment’s notice.”

Designer Jonny Horsfield of British studio H2 Yacht Design agrees that the “explorer mentality” is by far the biggest change he sees with younger owners. “They like the idea of going off to unusual places that might not be so accessible,” he says.

And with exploration comes a desire to be environmentally conscious.

“Millennials are using nature as their playground, but nurturing it in the process,” says Farouk Nefzi, marketing and brand director at Netherlands-based Feadship. “Owners are investing heavily in scientific and philanthropic initiatives, leading by example when building their own yachts. This means implementing new technologies and innovative features, such as waste-heat recovery, battery banks and hybrid propulsion. There is a definite willingness among the younger generation to reduce their yachting footprint.”