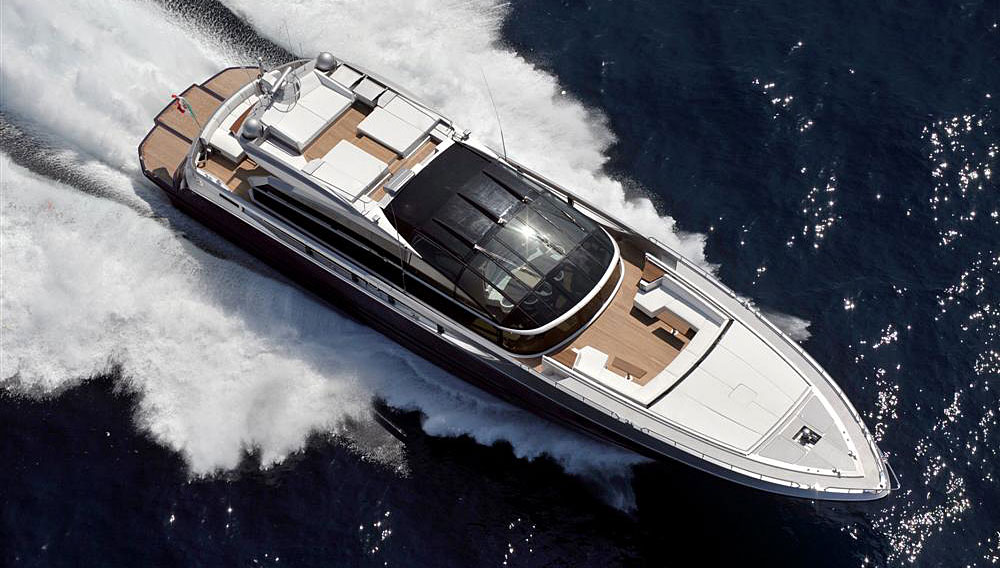 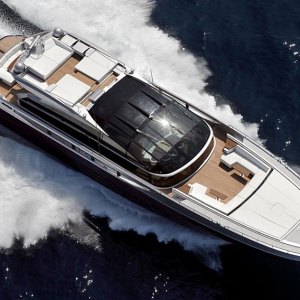 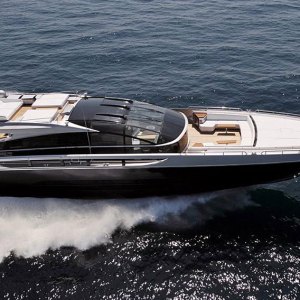 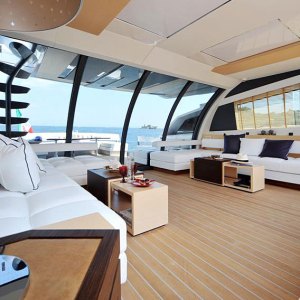 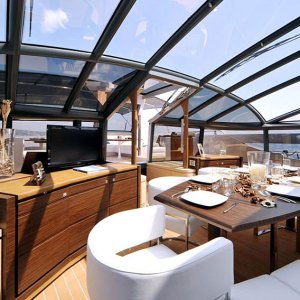 Baia’s 100-foot Mirage, launched late in 2009, is more akin to being in a fast-moving atrium than on a traditional express yacht. The immense glass windshield pours back along both sides of the hull, ending most of the way back in the cockpit. The salon also meets the outdoors by a massive rear door that opens fully to meld the interior and cockpit into a large social gathering area. There are no visible divisions or bulkheads to hinder a view of the sea. Mirage, with its sleek black hull and low-riding superstructure, also has a stylish flybridge that works with the yacht’s lines rather than disturbing them. The boat is as fleet as it looks, topping out at 50 mph. It’s a superior day boat wrapped into a megayacht hull.