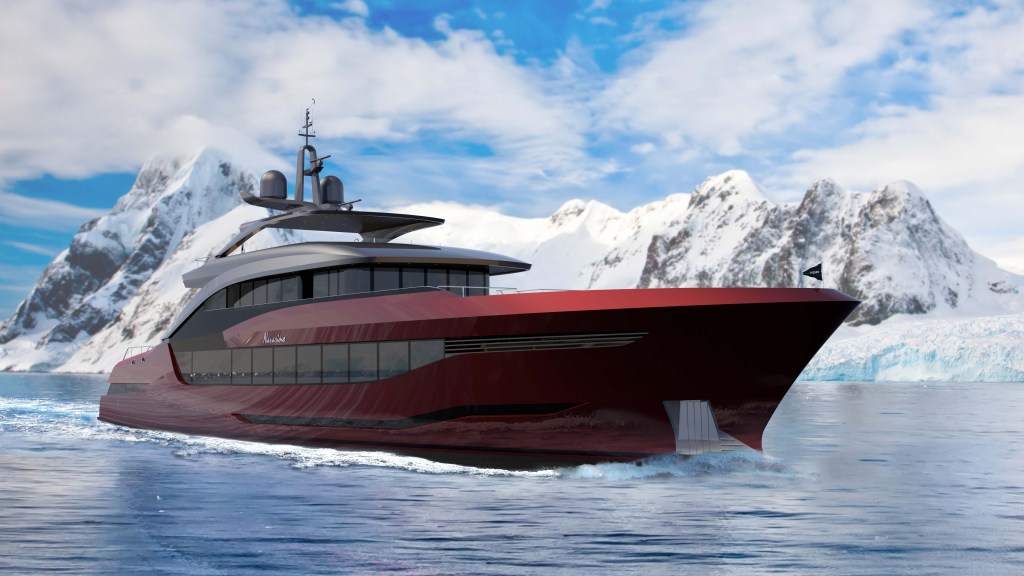 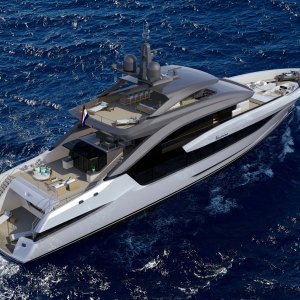 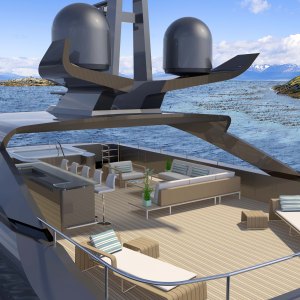 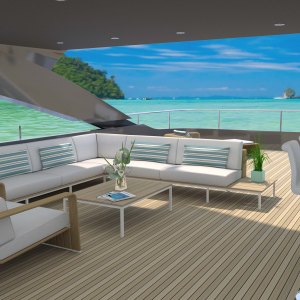 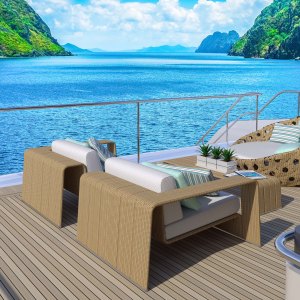 Moonen Yachts has designed what is arguably the world’s most beautiful explorer yacht. The 154-foot Navarino concept, released at September’s Monaco Yacht Show, is at the opposite end of the tough-guy spectrum from most expedition yachts—intrepid, high-bowed vessels that look like they’re designed only for polar explorations. Named after an island gateway to the Antarctic, Navarino would look just as much home in Miami or the Mediterranean as Easter Island. Despite the sleek profile, the yacht is as much an explorer as any of the trawler-looking vessels. Its steel, oceangoing hull and cavernous storage for food, fuel, and fresh water would let it cruise the planet’s most remote waters for weeks at a time.

Dutch builder Moonen has a history of launching interesting custom designs like Sofia, Northlander, and more traditional explorer My Issue. Emile Bilterijst, the yard’s managing director, and yacht designer René Van Der Velden decided to head in a fresh direction with Navarino, turning the stereotype of an expedition yacht on its head. Bilterijst, a naval architect, decided on a monocoque structure that makes the hull and deck a single structure. That not only creates a stronger, lighter hull, but it also means doing away with the side decks. Losing the outer side passages meant the designers could create an authentic full-beam yacht, with the most interior volume of any yacht its size. That increases the comfort factor considerably on longer voyages.

Beyond trips to colder, remote destinations, Navarino was also designed for tropical, remote areas. The flybridge has a hardtop for protection, but it’s designed for alfresco dining and generally enjoying the elements. The aft deck is also for the great outdoors. It’s actually on the same level as the beach club, a design innovation that encourages direct contact with the ocean, without having to navigate steps on a yacht that might be rolling in the waves. The tenders and toys will be stored on the foredeck, which keeps the aft deck free for use by the owner and guests.

Inside, the designers used floor-to-ceiling windows to light up the main saloon and included a glass staircase to connect the three decks. That is truly a rare feature on a superyacht this size. The owner’s suite is on the main deck, and four staterooms for guests are on the deck below. The wheelhouse is also positioned farther aft than most yachts this size, partly to free up space on the foredeck space, but also because it’s a more comfortable location for captain and guests on long voyages.

Storage is a top consideration for any real explorer yacht, so the designers created huge spaces in the forepeak and under the crew zone. Navarino can carry more than 13,000 gallons of fuel and 3,000 gallons of fresh water. As an expedition vessel, Navarino is a beauty and a beast.