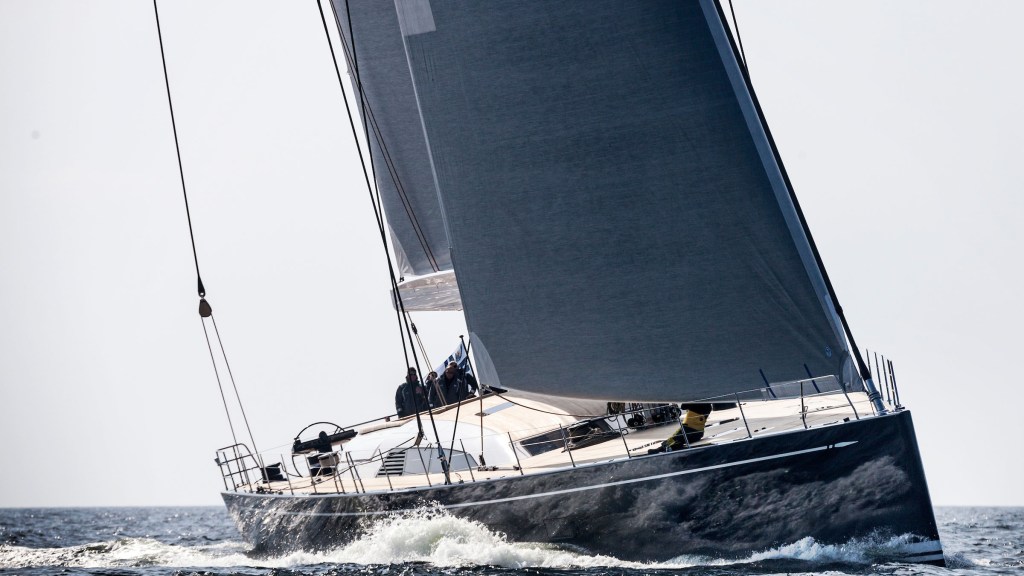 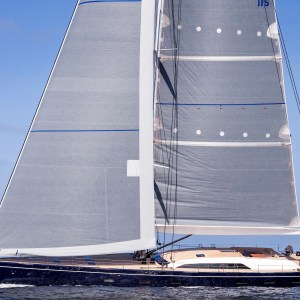 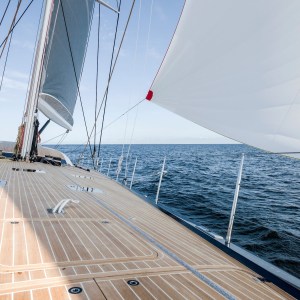 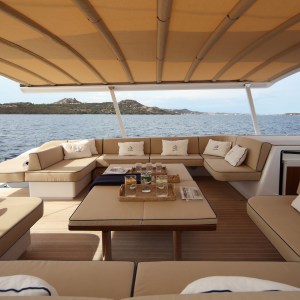 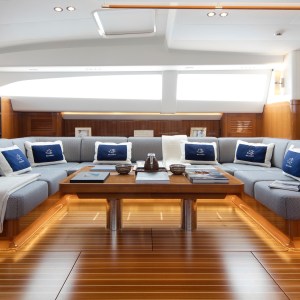 A passion for craftsmanship runs in the Ferragamo family. Just as Leonardo Ferragamo’s father, Salvatore, found his calling in creating luxury footwear that would spawn a multi-generational empire, the shoemaker’s son is driven, among other things, by an insatiable appetite for sailing.

Solleone is the newest of Leonardo Ferragamo’s seven yachts made by Nautor’s Swan, the Finnish yard that has been building luxury yachts since the late 1960s (Leonardo has had a controlling interest in the company since 1998). Built on a Swan 115-001 S, the 115-foot superyacht is named for Leonardo’s two eldest children, Maria Sole and Edoardo. The ship’s hull, as well as its mast and rudder, is made of high-grade carbon, which help to contribute to a sailing displacement of about 94 tons. A lifting keel adjusts from less than six feet to more than 11 feet, allowing the yacht to sail from shallow to deep waters.

We approached Solleone by dinghy on a warm autumn morning in Saint-Tropez, where the vessel was docked during the famed Voiles de Saint-Tropez regatta. Even from afar, the yacht’s immaculate teak deck gleams, contrasted by its dark sapphire blue hull.

Belowdeck, the yacht has the feel of the Florentine fashion house, with a traditional teak interior and decorated in simple cream and navy. Much of the interior is made by hand. Solleone is fitted with a full-beam aft master cabin and nearby walk-in closet, which, not surprisingly, is stocked with Ferragamo loafers. Three en suite guest cabins are outfitted just as tastefully, as are the crew quarters, which can accommodate up to six (Solleone’s crew includes the captain, a chef, and three permanent crew members).

While Nautor’s Swan won’t disclose the exact price, Vice President Enrico Chieffi tells us the superyacht cost somewhere between 16 and 17 million Euros (nearly $20 million). When Ferragamo himself is not aboard, Solleone is available for charter to help offset the yacht’s $600,000 annual operating costs.