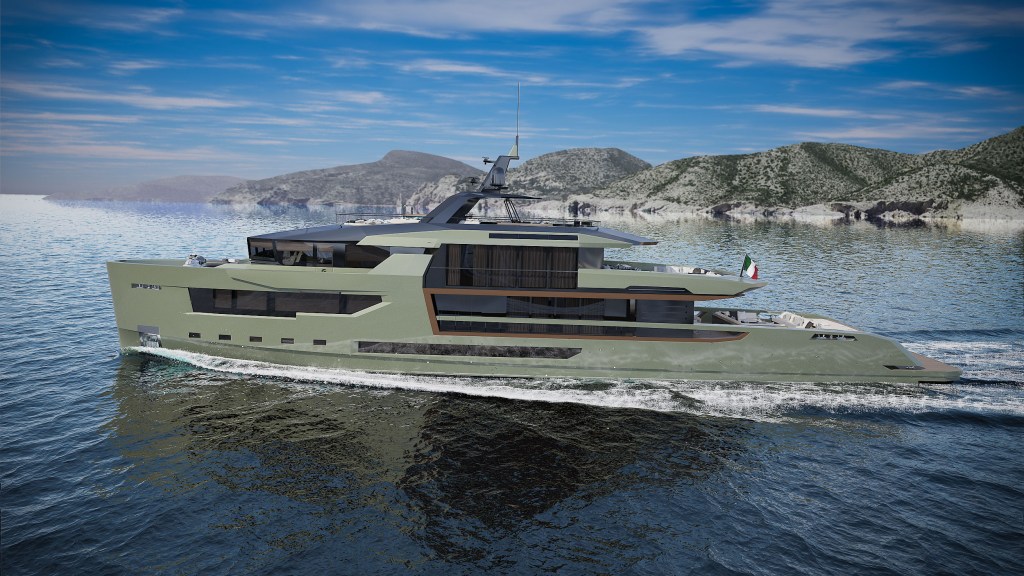 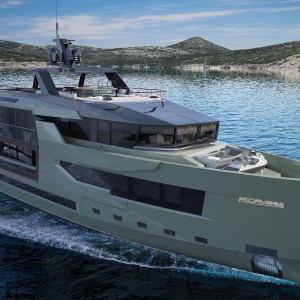 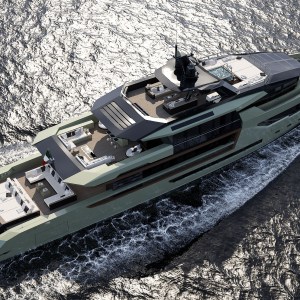 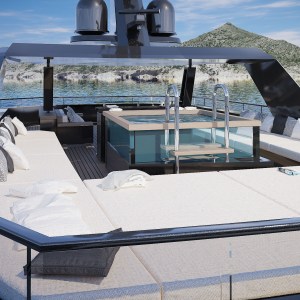 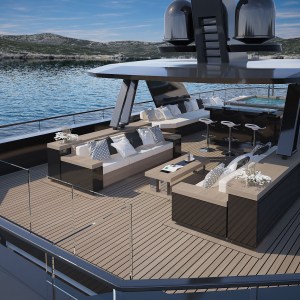 Arcadia Yachts announced plans at the Cannes Yachting Festival to move forward with several new concepts that also represent breakthrough designs for yachting. The Italian builder has made its name by creating quiet, eco-friendly yachts that are based on how people use them, rather than by pure aesthetics. Saloons defined by floor-to-ceiling windows, the extensive use of solar panels, and climate-controlled winter gardens are just several of the innovations that Arcadia has pioneered since 2010.

At the Cannes event, Arcadia announced it would have three lines going forward. Its Gamma A range features the original Arcadia design, from the A85 to the A115 models. Its new For.Th line (forward thinking) features a cool-looking, 154-foot steel-hulled yacht with a distinctive “prism” superstructure. Arcadia’s third line, the Sherpa, will see the original 55-footer supplemented by the Sherpa 72, which will be launched in the next 18 months.

When it was introduced last year, the Sherpa 55 was a fresh take on the flybridge design. Looking more like a mini-expedition cruiser, the skydeck can transform from an open party deck into a climate-controlled space, thanks to the electrically activated side windows that turn the area into a convertible with the windows up. The Sherpa, as the name suggests, is also long on storage, with 1,500 square feet of usable storage space. The hull was designed at the National Physical Laboratory in England for hydrodynamic efficiency. The boat can reach 25 knots at top end, but at 10 knots, it consumes 11 gallons per hour. On top of that, customers can choose between one-, two-, and three-cabin layouts.

In Cannes, Arcadia also announced plans for the Sherpa 72, which will hit the water in the next 18 months. The 72-foot length is complemented by a 22-foot beam for exceptional interior space. The designers created two large outdoor living areas on the main deck and flybridge to be significantly larger than other yachts in its size range. Like the 55, the big brother 72 has a convertible skylounge with the raised panels to be able to cruise in any type of climate. The 72 will also be powered by twin Volvo IPS engines. The IPS pods also deliver maneuverability, fuel efficiency, and low noise and vibration levels. Like the other Arcadias, the 72’s solar panels will let owners run most onboard equipment so, instead of loud, vibrating generators, the interior will stay whisper quiet.

Arcadia’s new 154-foot steel-hulled superyacht, the first in its For.Th class, is a beauty designed by Hot Lab. The nearly-all-glass superstructure is shaped like a prism, creating an interplay of fragmented shapes and refracted light that bathes the interior. Hot Lab also created open-floor plans across the saloons and decks to maximize the sense of space. The master suite has a separate office, walk-in closet, and lateral terrace, measuring an impressive 550 square feet. Two VIP staterooms are positioned on the deck below. The main saloon, with its floor-to-ceiling doors, offers an almost seamless connection with the exterior deck. Perched atop the yacht, the 500-square-foot skydeck has sun lounges, a Jacuzzi, a wet bar, and multiple settees. It’s the perfect area for a soiree or alfresco dinner. The aft deck, measuring nearly 1,000 square feet, is ideal for an even larger group. The first new For.Th will also have a beach club and gym below-decks. Like Arcadia’s other two lines, this new 154-footer promises to be a breakthrough design when it reaches the water.