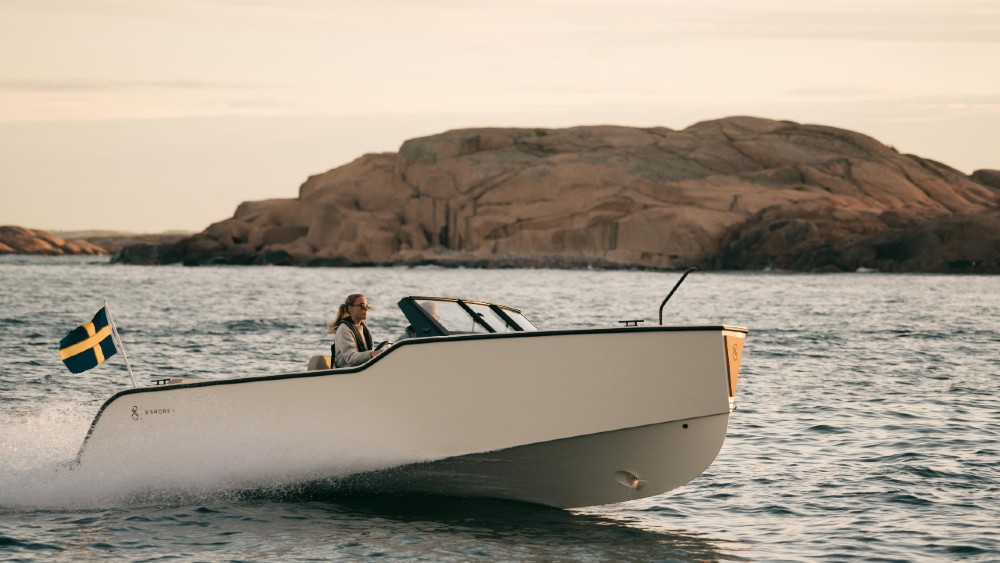 If you think electric boats are only for the wealthy, you’re right. Though today, Swedish electric boatbuilder X Shore is hoping to change that with a 21-foot boat the company claims is about one third the price of other electric vessels hitting the water. X-Shore also envisions its just-launched X Shore 1 as a sustainable yacht tender.

The $100,000 price tag is not dirt cheap for a 21-foot sportboat, but it is a good entry point for an electric boat, especially at a time when more electric builders are entering the market.

Comparing the X Shore 1 to a conventional runabout, X Shore CEO Jenny Keisu told Robb Report, is “like going from a Nokia cell to an iPhone.” But Keisu also understands that widescale adoption to electric in the boating world will take time. “To get to zero-emission boating, we also need to get the boats down in price,” she says. “We need to make it affordable.”

The X Shore 1’s LOA is smaller than its sibling, the 27-foot Eelex 8000, but shares the same sustainability goals. The X Shore 1 operates on one battery (63kWh capacity) with a range of 50 nautical miles, compared to two batteries on the 8000 and its range of 100-plus nautical miles.

While the tradeoffs have mostly to do with price and length, the smaller sibling has a similar cruising speed of 20 knots and top end of 30, along with features like a swim platform on the open transom, sunbathing deck and retractable awnings. Images show it being used as a wakesurfing boat. The boat has a modular layout that can be reconfigured—at least as much as possible on a 21-footer—by the owner.

Like its electric-car counterparts, XShore designed technical features, like large displays and the ability to unlock the boat via smartphone, into the new boat’s DNA. The X Shore 1 will come in open or hardtop versions.

Quiet, no fumes. One of the big attractions of electric boats are the lack of engine noise and exhaust.  Courtesy X Shore Electric Boats

Range is always an issue, since electrics don’t have the same speed/range ratio as most of their conventional counterparts. But two of the big advantages of owning an electric boat, compared to those powered by inboard or outboard motors, are the lack of engine noise and zero exhaust.

Those are pluses, but Keisu realizes that, once the initial fascination for electric power is over, builders like X Shore still have to compete in the real world against non-electric builders. “People won’t buy an electric boat because it is sustainable,” she says. “They’ll  buy it because it’s better.”

The company’s target is to build two X Shore 1’s per day by the second quarter of 2023, shipping the boats across Europe as well as to North America.