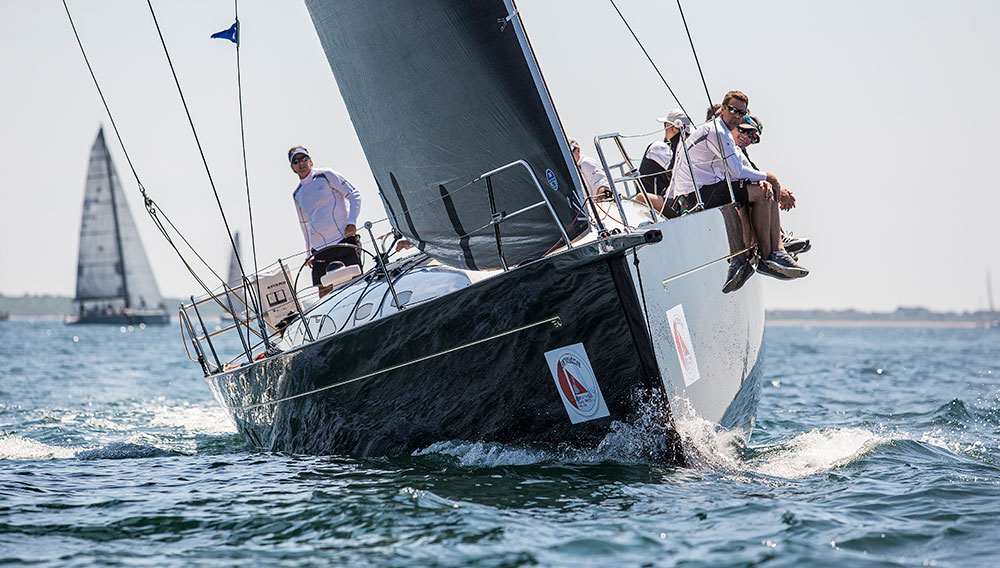 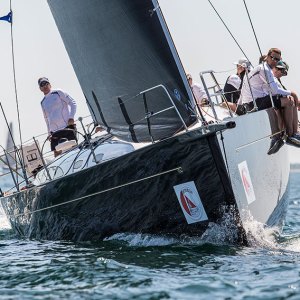 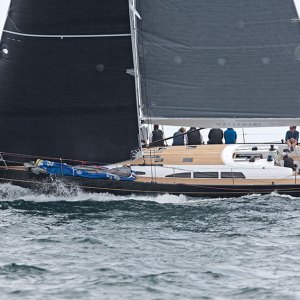 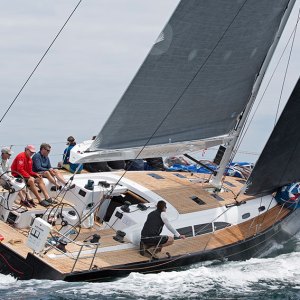 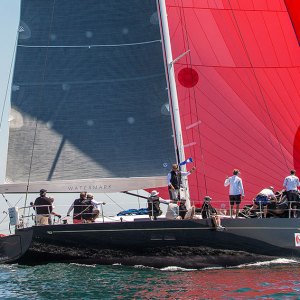 The launch of a new model—particularly when the builder has not launched a new sailboat design in more than a decade—would typically start with a Champagne toast at the shipyard. But the owner of the Watermark, the new Hinckley Bermuda 50, was in a hurry to get his new yacht to Block Island Race Week. The Watermark was launched in mid-June from Hinckley’s yard in Southwest Harbor, Maine, and immediately set sail for her home port in Jamestown, R.I., and then to nearby Block Island.

This trial by fire proved to the yachting world that the Hinckley Company, known for its elegant Picnic Boats, had returned in fine form as a sailboat builder; and the Watermark also showed its new owner it could do double duty as a cruiser and competitive yacht. An 87-year-old icon, Hinckley has always been known as a quality sailboat builder, but the new Bermuda 50—with its plumb bow, flush deck, and long bowsprit—is a departure for the yard.

The new sailboat was designed by Bill Tripp III. His father, Bill Tripp Jr., designed the Bermuda 40 in 1958, which was one of the first sailboats built from fiberglass, then considered a cutting-edge material. The Bermuda 50 incorporates today’s advanced materials, including carbon fiber throughout the hull, deck, and spar. While it has enough interior space for a family, the simple geometry of its modern rig and advanced sail-handling systems allow it to be handled by a cruising couple as well. Hinckley says that it was also designed to meet IRC and ORR rules for competitive racing.

The Bermuda 50’s hydraulic lifting keel, when retracted to 6.5 feet, allows access to shallow harbors from Chesapeake Bay to the Bahamas; fully extended at 11.5 feet, it allows the boat to serve as an offshore cruiser. Like all Hinckley boats, the interior’s fit, finish, and woodwork are masterfully executed.

The shipyard is currently in the process of finalizing its second Bermuda 50; pricing for the boat starts from $2.45 million. (hinckleyyachts.com) 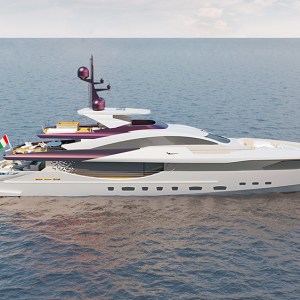