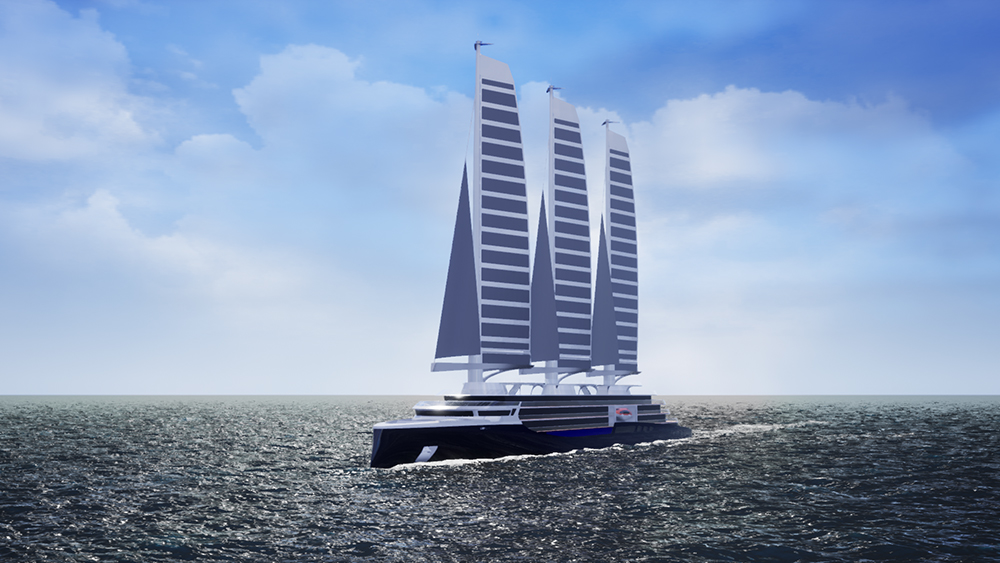 There is something idyllic about a sailboat gliding on the breeze. But if you’re standing on deck, the sounds of canvas and ropes slapping back and forth against the masts in a fierce westerly are less romantic. Silenseas, by French builder Chantiers de L’Atlantique, are cruise vessels powered by sail, but the gigantic paneled sails are solid, using a very different technology than conventional synthetic fabrics. The Silenseas fleet will come in two lengths, 623 feet and 689 feet, and the sail system will be connected to hybrid engines for running when the wind is down.

Known for its energy-efficient systems, Chantiers de L’Atlantique developed the first Silenseas model in 2018 to combine a silent cruising experience with luxurious amenities. After tweaking the design, the builder says it’s offering a more luxurious design to attract the top cruise companies. Managing director Laurent Castaing told The Times that the design and technology won’t be cheap, amounting to “hundreds of millions of euros.” One high-end cruise company signaled its interest, saying the cruise vessels were both sustainable and attractive. Both parties are expected to sign build contracts this year, with production following soon after.

Silenseas’ patented solid-sail system comprises several composite panels hinged together to allow for automatic folding. The sails are designed to stand up to most wind conditions, and even work during periods when the engine is running the propellers. The system, says Castaing, will emit half the amount of greenhouse gases of standard cruise liners, while lowering operating costs.

The headquarters of French builder Chantiers de L’Atlantique, where the Silenseas concept was developed.  Courtesy of Creasynth

Under sail, both vessels can reach 17 knots, with each design having 150 staterooms for 300 passengers. The 312-foot-tall mast will support a 3,900-square-foot fiberglass and carbon sail, consisting of panels that are 66 feet long and 20 feet high. “With liners that big, you encounter a problem of resistance and traditional sails tear very easily,” Castaing told The Times. “But the composite sail is very tough.”

Watch this space to see if they’re right.