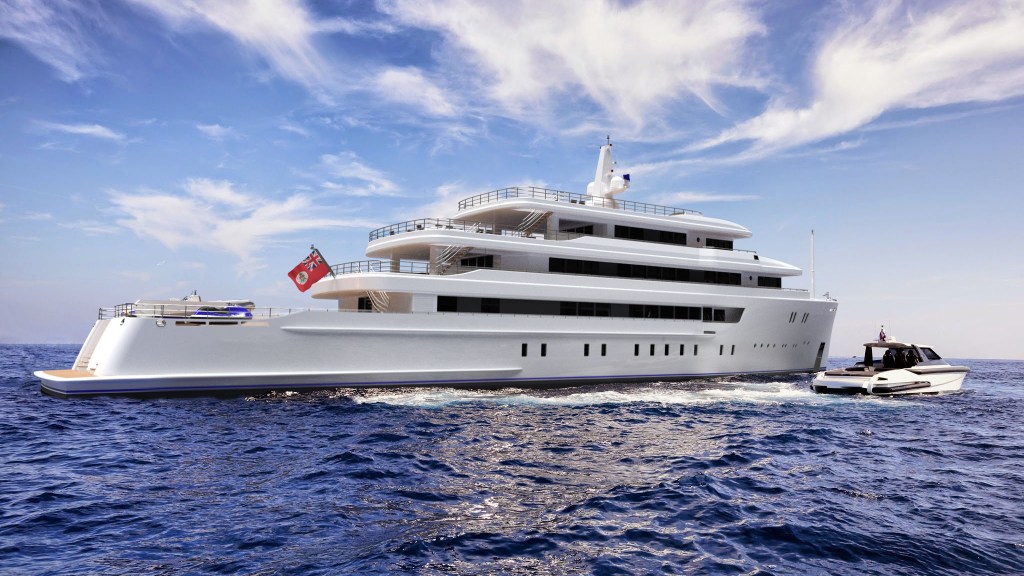 The Manta 65  explorer yacht is more than another dressed-up expedition vessel. The 213-foot flagship of Marimecs’ new explorer series has a 5,000-mile range for transiting oceans and optional ice-class hull for spending weeks in the planet’s most remote areas. The Manta is ultimately designed for cruising bitter cold or ungodly hot, but in comfort. Netherlands-based Marimecs and its joint-venture partner, Yacht & Villa in France, spent much time soliciting input from owners and captains about what they want in an explorer vessel before designing the Manta yacht series, which ranges from the Manta 30 (98 feet) to the flagship Manta 65. Features like an owner’s deck, extended stern for tenders and toys, and the transpacific range promise to set the 65 apart from similar yachts. The series will be built to Lloyd’s certification at the Eurocraft shipyard in Savona, Italy.

The 65’s layout includes an expansive aft deck for tender storage and other water toys or land vehicles. The open deck eliminates the need for an in-hull garage or electric winches from a higher deck to lower the tenders. On the starboard side, a lobby separates the deck from the main saloon, a smart feature for a yacht that could visit some of the most untouched parts of the world. Think of it as the ultimate mudroom. The saloon, measuring nearly the yacht’s full beam of 32 feet, has a living/social area on the starboard side, with a separate dining area to port. The level above is the owner’s deck, offering unusual space and privacy. It is more like a vast apartment than the traditional master suite, with a private office, immense saloon, his-and-her bathroom, and walk-in closets. There is also an open terrace behind for outdoor dining and social events.

Accommodations for 10 other guests are divided between VIP suites forward on the main deck, and guest suites on the lower deck. Marimecs also made sure to design generous quarters for the crew of 10, including a large captain’s quarters near the pilothouse and staterooms on the lower deck, with separate entrances from the guest quarters. The galley and service areas are also sizable, designed for a yacht that could conceivably spend periods at sea without stopping. The upper sky deck is designed for the great outdoors, with sun loungers, a Jacuzzi, and dining tables. Milan-based Hot Lab, winner of many yacht design awards, will work with owners to create a bespoke interior.