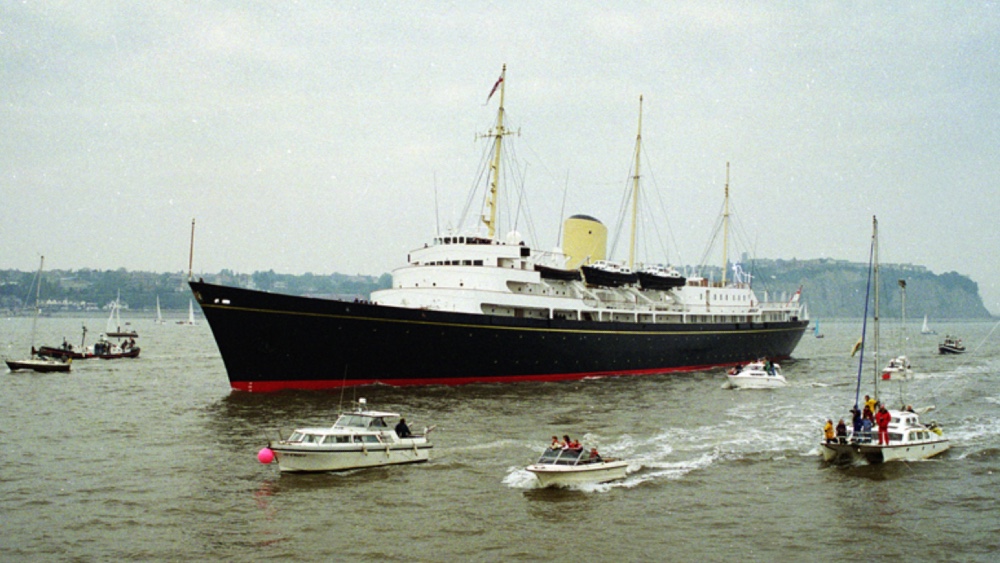 After Prince Philip’s death last week, several British MPs and cabinet ministers are calling for a new royal yacht. The former Royal Yacht Britannia, which transported Prince Philip and Queen Elizabeth on 968 state visits around the world for more than four decades, was retired in 1997. Sitting at a dock in Edinburgh, it’s one of the city’s most popular tourist attractions, with more than 300,000 visitors each year.

The call for a new royal yacht—which would be the 83rd royal vessel since the first was built for King Charles in 1660—started shortly after Royal Yacht Britannia was retired, with proponents arguing it would serve as more of a floating embassy than a luxury gigayacht. Since his death last week, the idea has gained momentum. According to The Telegraph, Prince Philip privately supported the idea, partly because of his long naval career, but also because of the 700,000 miles he had spent at sea on Britannia. The new royal yacht would be named HMY The Duke of Edinburgh in his honor.

MP Craig MacKinlay is heading a Westminster group backing the idea. “The towering figure that was the Duke of Edinburgh deserves a permanent tribute to his support for the country, the Commonwealth and the Queen,” MacKinlay said in a statement. “I can think of nothing better than a replacement for Royal Yacht Britannia bearing his name as the permanent memorial to his love of Commonwealth, Britain and the sea.”

Prime Minister Boris Johnson’s office, according to Downing Street insiders, called the yacht a “nice idea,” but said it would have to wait until lawmakers decide how to proceed with a new UK shipbuilding initiative that Johnson announced last year.

UK yacht designer Andrew Winch made drawings of the proposed replacement for Royal Britannia in 1997, but any notion of a new royal yacht was shelved by then-Prime Minister Tony Blair, whose government was involved in severe cost-cutting measures.

The 492-foot royal yacht, as envisioned by Winch, is 80 feet longer and more modern than the 412-foot, and much more ship-like Britannia, which had a crew of 271, including 21 officers and 250 Royal Yachtsmen. Winch’s office released the old drawings of the new Britannia five years ago. “Our interior configuration for Britannia allows for the greatest flexibility so that the space is suitable for many purposes,” Winch said in 2016. “The interior design is timeless and understated—a showcase for the best of British craftsmanship and design, both traditional and contemporary.”

After traveling 1 million miles aboard the yacht for over 40 years, Queen Elizabeth is emotional at its 1997 retirement. Britannia’s clocks were stopped at 3:01 pm as the Queen stepped off the boat for the last time.  Wikipedia

Whether the yacht ever moves past being a “nice idea” into an actual build remains to be seen. Johnson, foreign secretary when the new drawings were released in 2016, said it “wasn’t a priority.”

The minister quoted by The Telegraph said the new yacht would have multiple functions.

“Britannia was built to be a hospital ship as well as a royal yacht,” he said. “Building a vast pleasure cruiser is not something that anyone is going to support. But having a symbol of the nation that can travel the world, be used by the Royal Family and have another sensible purpose such as helping young people is a better scheme.”