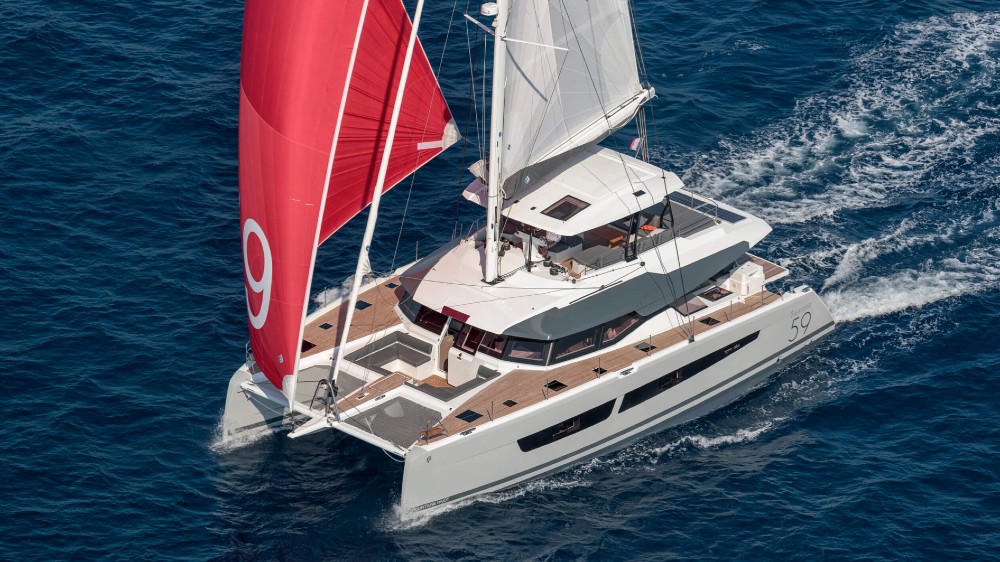 Fountaine Pajot will be the first shipyard to integrate hydrogen as an alternative energy solution on its catamarans. The French builder said that, as part of its Odyssea 2024 plan, it has chosen EODev’s hydrogen generator, REXH2, to power its Samana 59 sailing multihull. Equipped with the latest-generation Toyota fuel cells, the generator is designed to perform in harsh maritime environments.

“The choice of EODev’s technology is the illustration of our desire to bring together experts in solutions that benefit everyone, and to give substance to our ambition to achieve zero carbon emissions by 2050, whether for the production of boats or their use,” said Romain Motteau, Fountaine Pajot CEO, in a statement.

Aboard the 59-foot Samana, the REXH2 will be capable of supplying up to 70kW and charging a 44kWh LiFePO battery designed for maritime use. The system will consist of a battery, cooling system, distribution board, hydrogen supply line and a tank with a capacity of 7.5 kilograms of hydrogen.

The company said additional tanks could be added to offer extended range.

EODev also developed an automated power management system that calculates the remaining range the same way a car does. The company said that the absence of moving parts in the plug-and-play system will make the fuel cell easy to maintain. Its service life will be at least 15,000 hours. The system was designed to be compact, measuring only about 10 square feet, and fully automated so the boat owner does not need to be an expert, said Motteau.

The hydrogen system’s advantages over conventional gas or diesel engines include zero emissions and no engine noise. Fountaine Pajot said the hydrogen generator will also perform better than an all-electric system. The modular design can also be optimized for each boat. The first Samana 59 with the EODev technology will be launched at the beginning of 2022.

The first Samana 59 with the hydrogen system will be launched early next year.  Courtesy Fountaine Pajot

Lürssen announced last week that its first hydrogen-powered superyacht will be launched in 2025. The German builder said that the zero-emissions propulsion system will allow the owner to spend more than 15 nights at anchor or travel more than 1,000 nautical miles without releasing any emissions. The fuel-cell system is much larger and more complex for a superyacht than a smaller boat. Lürssen said it began to develop the system in 2008.