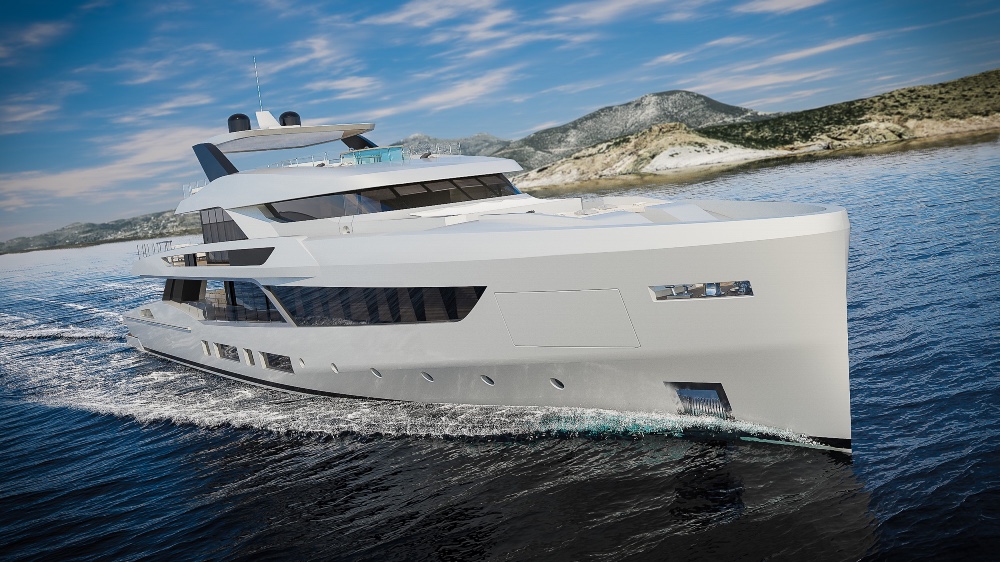 A Brazilian builder known for its explorer trawlers and commercial vessels has launched a superyacht division with multiple designs by leading Italian design firms. Inace has a 90-foot explorer that will be completed by February, and a second one also in build at its shipyard in Fortaleza, Brazil.

“We have been building boats for 53 years and have delivered more than 660, from naval defense to explorer yachts,” Flavio Constantino, head of Inace’s superyacht division, told Robb Report. “We’re going to be applying all our experience to build expedition vessels.”

The yard will be an anomaly in the superyacht world because it can offer skilled boatbuilding labor at premium discounts, compared to competitors in Italy and the Netherlands. At the same time, its designs will be similar to those being produced for the European yards.

Italy’s Hot Lab designed the 145 Explora for Inace as part of the Brazilian builder’s plan to offer Italian design in its new superyacht line.  Inace

“Hull number one of our 90 Explora is set to be delivered in the new year,” says Constantino. “The owners had originally wanted a smaller boat, but they found out that they had twins on the way, so they decided to go bigger.”

Inace’s previous explorers were smaller, and less sophisticated trawlers, that were designed to be liveaboard vessels. Its new superyacht series will come from Hot Lab, which designed the 135 Aventura and 127 Explora, and Hydrotec, which designed its 145 Explora. The two Italian firms are A-Listers among Europe’s yacht designers. Fernando de Almeida, who has done projects for Lurssen and Southern Wind, designed the two Inace 90 Exploras currently being built. The explorers, with vertical bows and banks of large windows, have a much more contemporary look than last-generation Inace trawlers.

Using outside, name-brand designers for shipyards with lower labor costs has been a formula that has worked for other builders such as Grand Banks in Malaysia, Ocean Alexander in Taiwan and HH Catamarans in China.

“We’re capable of building very technical yachts, but they needed polishing,” says Constantino. “That’s why we brought in these designers. We’re employing features on the 145 that include an open aft deck, for a multitude of water toys, and we’ve reserved the upper deck for the owner’s stateroom and lounge. We’re currently in negotiations with a client over this one.”

The Explora 90, scheduled to be delivered in February, will be the first in the new Inace line.

While able to build the hull and superstructure, the yard doesn’t have the skills for the high-end interiors, which will require a high level of detailing and finish. Constantino says the interiors will be built outside of Brazil in a modular fashion and then sent to the shipyard for installation. Many other yacht builders use this technique.

“We’re not a shipyard to build opulence,” says Constantino. It’s not in our DNA. But we’re able to provide this service using contractors.”

The Inace yard in Brazil has skilled labor, and the labor costs are significantly lower than European competitors.

Besides designing several hulls, Hydro-Tec will also provide engineering services. “They’ll be providing the same level of engineering and quality assurance that they do with their other clients like Baglietto,” says Constantino. “With partners like Hydro-Tec and Hot Lab that we’re more than prepared to meet the demands of clients with the same level of quality and value as the Italian shipyards.”

The first Inace 90 Explora will be displayed at the Rio boat show in February.