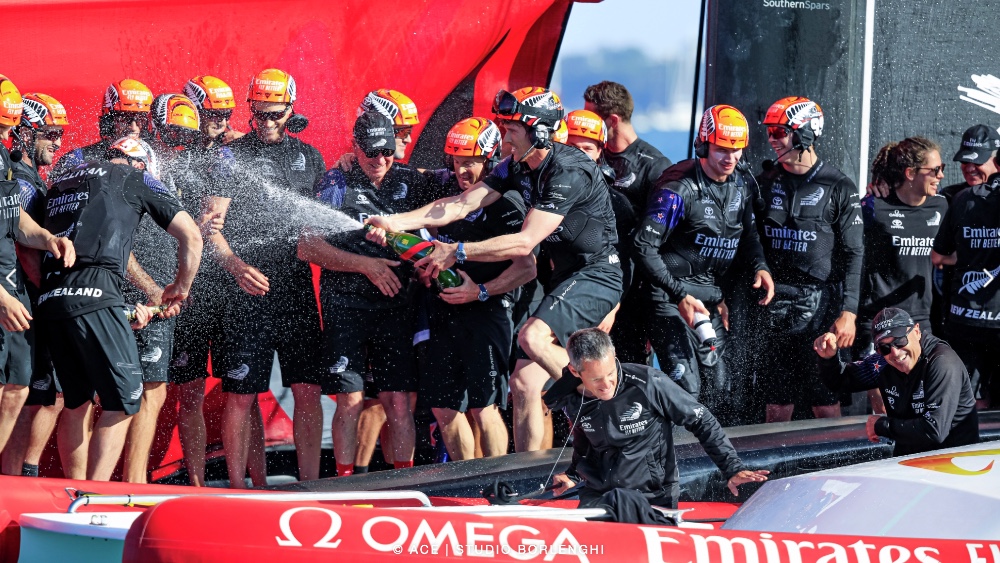 Team New Zealand won the America’s Cup for the second time in a row—and the fourth time since 1995—today in Auckland’s Waitematā harbor. The Kiwis defeated Luna Rossa for their seventh win of the series, while the Italians had claimed three earlier races. Despite the point gap, the competition was the closest it has been in many of the most recent America’s Cups, with the boats showing similar speeds and maneuverability. Often, the races came down to one or two tacks, typically in the pre-start section. The common belief was: win the start, win the race.

That was the case today, when the Kiwis were first over the starting line. They led by seven seconds around the first gate, and at gate two, the gap widened to 27 seconds. By the time Team New Zealand entered the final leg, they were 49 seconds ahead of the Italians.

The New Zealand victory is particularly noteworthy for Peter Burling, the 30-year-old helmsman who has led Team New Zealand to two consecutive America’s Cup victories. “It means the world to us and the team,” Burling told Radio New Zealand.

This edition, hampered by the Covid-19 pandemic, was one of the most unusual in the 170-year America’s Cup history. Gone were the bustling crowds that typically flock to the races in person; the Challengers in the lead-up Prada Cup as well as the Defender Team New Zealand had to practice under quarantine for much of last year. Many of the races also had to be scheduled around Covid-19 flare-ups in New Zealand.

The sleek, 75-foot foiling monohulls used in this version became the unsung heroes of the series. They lifted the yachts above the water so the hulls rode above the waves, reaching speeds as high as 60 mph in much lesser wind speeds.

In the last race, Team New Zealand was first over the starting line and finished 49 seconds ahead of Luna Rossa.  Courtesy Studio Borlenghi

“We have received a challenge for the 37th America’s Cup,” Hayden Porter, general manager for Team New Zealand, told the New Zealand Herald. “There’s a lot of details to come; discussions will evolve over the next few days, weeks and months and things will happen from there.”