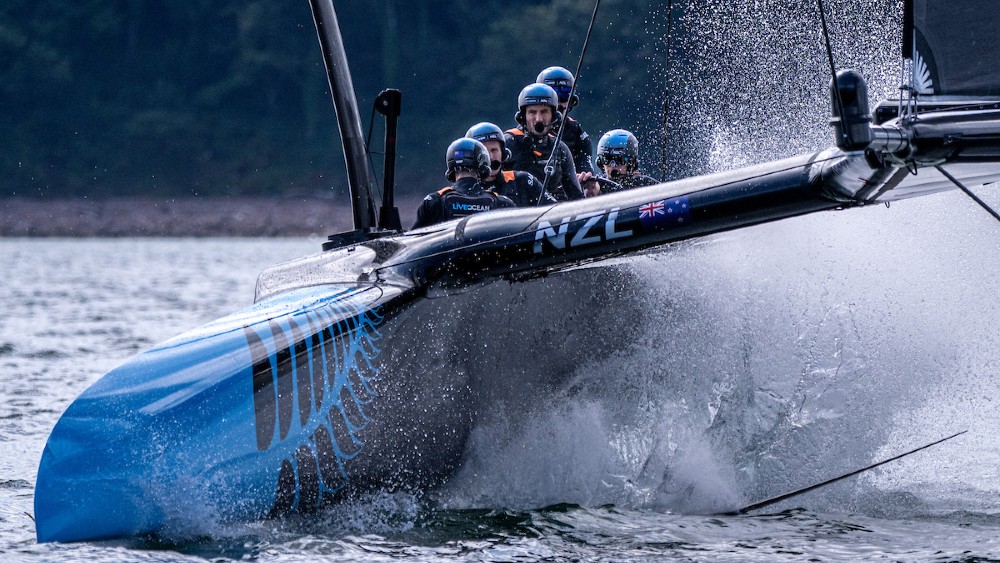 New Zealand, which has won two successive America’s Cups, finally cracked the SailGP code for a decisive victory in Plymouth, UK. The Kiwis dominated racing all weekend after lackluster showings in the first two seasons that followed them into this season’s first races in Bermuda and Chicago.

Peter Burling, the winning helmsman of the last two America’s Cups, and his team had a number of impressive starts and match-racing maneuvers during two days of racing. Home favorite Great Britain narrowly missed gaining a place in the final race, largely because of a penalty which team captain and driver Ben Ainslie said was a “bad call.”

But the Kiwis were the strongest team on both days of racing. On the first day, the all-Blacks beat off competition from Australia and the French team, claiming 28 out of a possible 30 points.

On the final winner-takes-all race between the three top teams, New Zealand beat Denmark off the mark, with Australia lagging in third. The Australian crew, which has dominated the last five races, including this year’s World Finals in San Francisco, remained a distant third during the race. Denmark looked like it might lead in the light winds at the bottom of the course, but Burling used an aggressive match-racing maneuver to take the lead. The Kiwis sailed across the finish line at 45.5 kmh.

Driver Peter Burling sprinting across the boat during a maneuver.  Courtesy SailGP

Some pundits are crediting New Zealand’s dramatic comeback in Plymouth, at least partially, to Jo Aleh, who joined the team as the on-boat strategist. Plymouth was her first series of races. The  Olympic gold medalist and former World Champion was called “one of the best female sailors in the world,” by SailGP CEO Russell Coutts, an America’s Cup legend from New Zealand.

Besides the professionals, royalty and celebrities participated in friendly matches. The Duchess of Cambridge Kate Middleton was crew on Great Britain’s team, taking the wheel of the F50 race boat at one point from Ainslie. Her competition was UN Patron from the Ocean Lewis Pugh, who raced with New Zealand. TikTok Transpotting sensation Francois Bourgeois also took the helm of Great Britain’s sky-blue boat and said it was “like being in a movie.”

The Kiwis are now the team to beat as the series moves to Copenhagen from August 19 to 20. The Danes may have a home-field advantage after their strong showing in Plymouth.

Even with a disappointing weekend, Australia remains the points leader for the season, with Great Britain in second. New Zealand has moved up to third place. The Kiwis are also leading SailGP’s Impact League, which generates scores for each team based on sustainability measures.