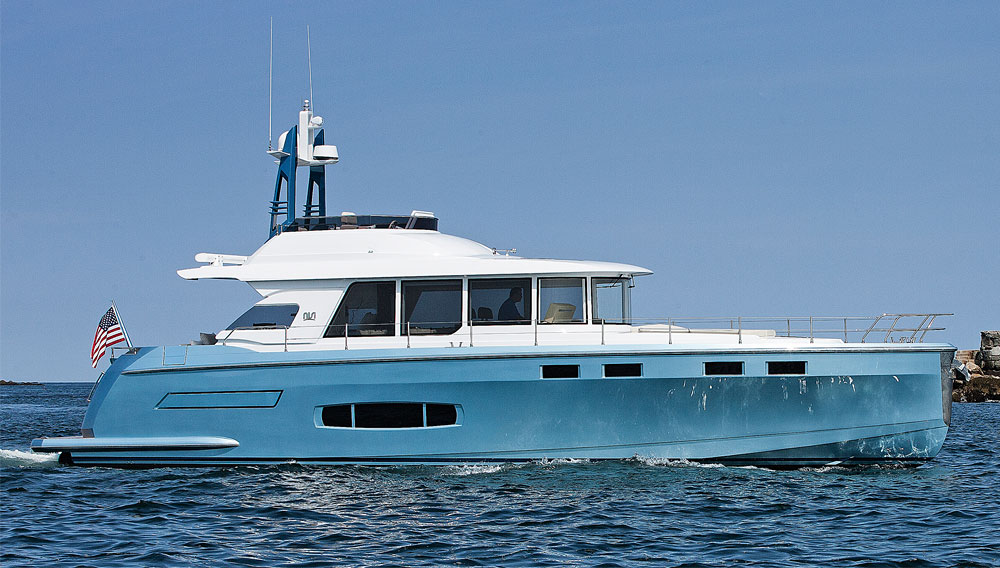 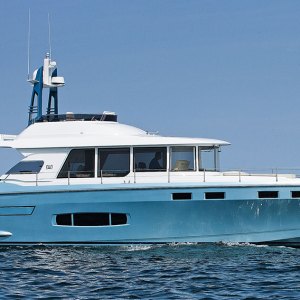 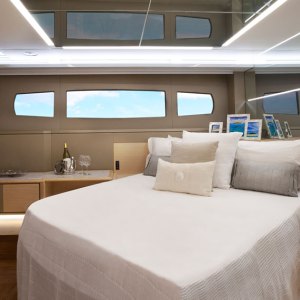 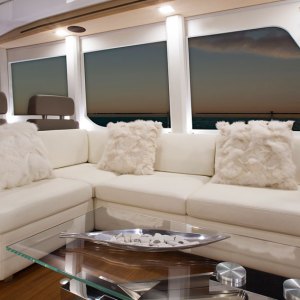 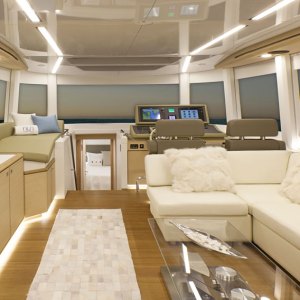 In just nine years since its founding, Nisi Yachts has quickly risen to the forefront of the maritime design world, thanks largely to the trademark angular lines of models such as the 2400, which launched in 2010 and was named by Robb Report among its Best of the Best selections for that year. Like its predecessor, the newly launched 1700 features exterior styling from the veteran U.S. yacht designer Ward Setzer. The 58-foot motor vessel, which can reach speeds beyond 40 knots when equipped with dual 1,150 hp engines, is the fifth flybridge-equipped overnight cruiser introduced by the company in the last three years. The yacht’s three belowdecks staterooms accommodate a total of five people. Owners can choose virtually any furnishings and materials for the interior of the vessel, which starts at about $1.8 million. (www.nisiyachts.com)