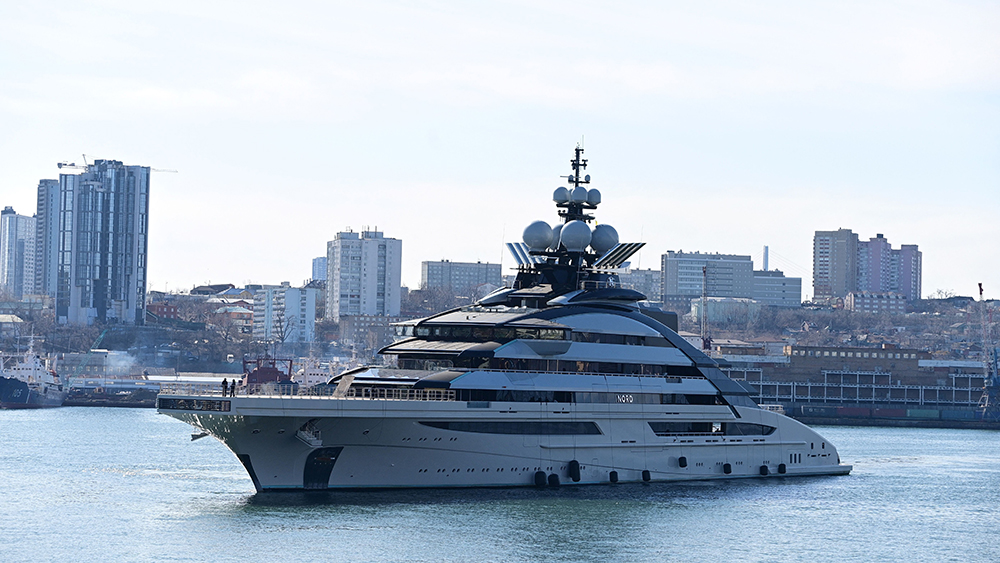 Ever since Russia invaded Ukraine earlier this year, authorities have been keeping an eye on the megayachts owned by Russian oligarchs and allies of Vladimir Putin. One such vessel just mysteriously turned up in Hong Kong.

On Thursday, Bloomberg reported that the $500 million Nord, which is connected to Alexey Mordashov, had anchored in Hong Kong harbor after spending the past several months in the port of Vladivostok. Mordashov—the largest shareholder in the steelmaker Severstal and the third-richest man in Russia—was sanctioned by the European Union, the United Kingdom and the United States after the war in Ukraine began, and he’s been fighting those sanctions since May.

The 465-foot Lürssen vessel in question, which contains two helipads, a cinema and 20 luxury cabins, left Vladivostok on September 27 and was initially headed for the Vietnamese port of Da Nang. However, it soon changed its route to Hong Kong and has been anchored there since Wednesday night, according to Bloomberg. It has also changed its flag from the Cayman Islands to Russia. A spokesperson for Mordashov told the publication that he was currently in Moscow and declined to comment on the yacht’s movement.

Since Putin began his war in Ukraine in February, more than a dozen yachts owned by Russian oligarchs have been seized by Western governments as a form of punishment for the owners having ties to the Russian president. In total, the seized yachts add up to more than $2.25 billion, and others have been immobilized in ports and naval yards across Europe.

The US has even formed a special task force, KleptoCapture, to go after Russian billionaires’ assets. Earlier this year, the unit helped seize Amadea, a $325 million superyacht supposedly owned by the gold tycoon Suleiman Kerimov.

To evade capture, some yacht owners have moved their vessels to the sanction-free waters of Russia and Turkey. But now that Mordashov’s Nord has turned up in Hong Kong, it’s unclear what will happen to it. One thing’s for certain, though: Despite its considerable size, the 465-footer is proving to be quite elusive.