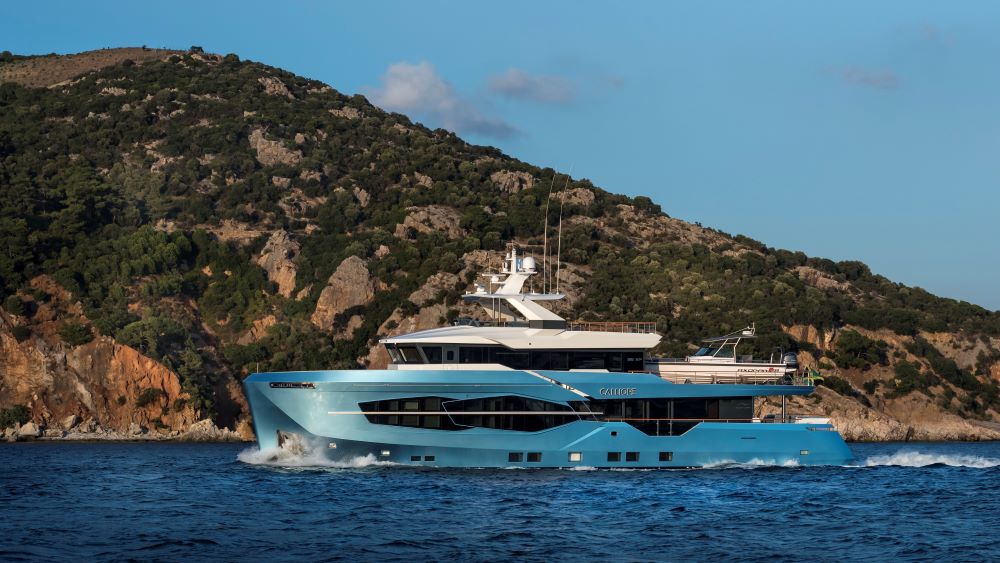 Selling luxury yachts in multiples isn’t the easiest feat, but Numarine just made it look like a cakewalk. The Turkish shipyard has sold not one, but five compact expedition vessels from its popular XP series.

“These achievements indicate the relevance and popularity of the series,” said founder and chairman of Numarine Omer Malaz. “We are very pleased that five more international customers will be able to experience what high quality and impeccable Numarine style are.”

To recap, both the 26XP and 32XP are billed as modern expedition yachts. They feature efficient hulls and impressive long range—up to 3,000 nautical miles for the 26XP and 4,000 nautical miles for the 32XP—as well spacious interiors which make cruising at length a cinch. The vessels were designed by Can Yalman with naval architecture by Umberto Tagliavini and exude a futuristic feel, with angular windows and vertical bows.

A testament to Numarine’s design aesthetic, the newly purchased 26XPs don’t differ much from the script. All four yachts have been built on the same platform and boast identical layouts: an expansive flybridge, a spacious saloon on the main deck and four generous cabins on the lower deck. The only major difference between the boats is how they get their power. One yacht features a semi-displacement hull and is packed with a pair of powerful MAN motors that are capable of delivering a gutsy 1,200 hp each; the other three are equipped with displacement hulls and more economical engines (twin MAN motors of 560-800 hp each).

The new owner of the 32XP, however, was actively involved in shaping the new superyacht. In fact, he even added a jacuzzi to the flybridge—ah, a man after our own heart—something which has never been implemented by Numarine before. Touted as one of “the most impressive superyachts by Numarine to date,” she is the first vessel by the shipyard to feature Hot Lab Design’s decoration package. The Italian studio worked with the new owner to bring fresh ideas to the interior. The layout sees six guest cabins and one oversized master suite on the upper deck. In addition, the new owner added a pair of compact and cost-effective MAN engines with 800 hp each, which is another first for the shipyard’s flagship.

The recent sales highlight not only the success of the XP series but also Numarine’s willingness to cater to different owners’ needs—a combination that’s clearly working.