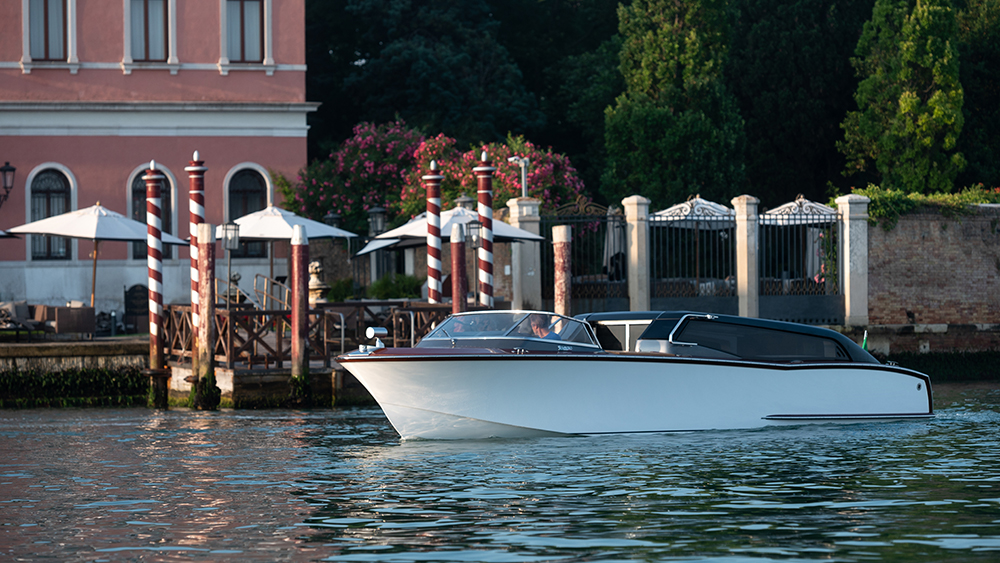 While Venice was under mass quarantine due to Covid-19, its canals started flowing clear for the first time in years. Without people—and our accompanying pollution—clogging up the waterways, dolphins, swans and even jellyfish returned. The whole city got a breather and, momentarily, went back to its former pristine glory. And one local design studio is hellbent on keeping it that way with a pioneering new water taxi.

Nuvolari Lenard has just unveiled Thunder, a 14-seat sustainable cruiser that will help to preserve the historic city through the use of “green” technology. Carlo Nuvolari and partner Dan Lenard came up with the concept during the 2019 Venice Boat Show after witnessing the tragic effects of pollution.

“As Venetians, Dan and I feel a strong connection with the city and have experienced first-hand the damage that is being caused to its delicate structures, through air and noise pollution as well as physical erosion,” Nuvolari said in a press release. “We felt that it was crucial to address the problems facing our beautiful hometown and that Nuvolari Lenard was well placed to lead the charge in finding a solution.” 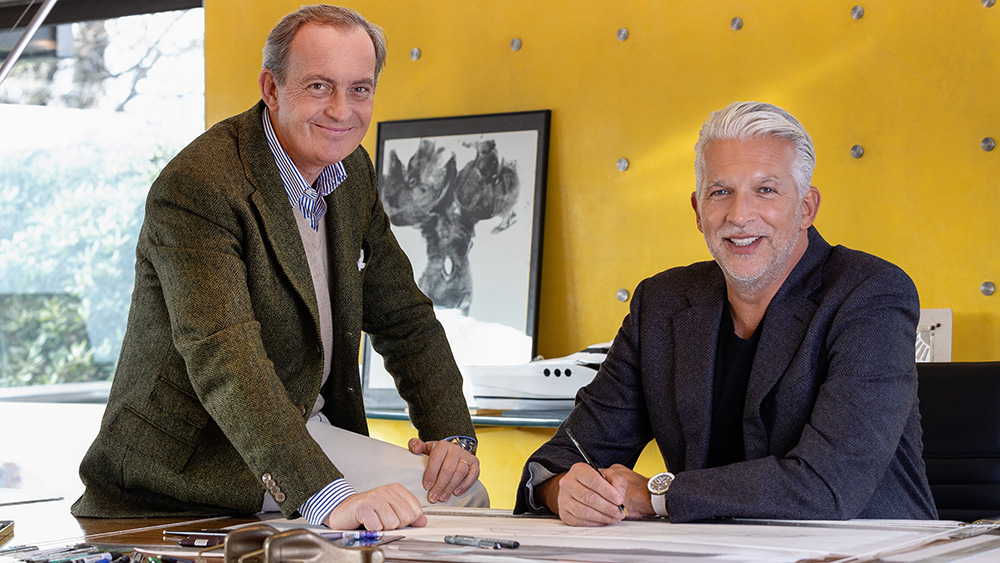 That solution was to fit the 30-foot vessel with a hybrid propulsion system which, it turns out, is remarkably well suited to the city. The idea being that the water taxis use diesel propulsion on their regular open-water trips to the airport and give the batteries plenty of time to recharge. Then, when they return to the precious canals, the vessel can draw on the stored electric power and cruise around sans fumes or noise.

Looks-wise, Thunder remains true to the stylistic heritage of Venice. Just like the city’s traditional water taxis, it has elegant lines and classic wood accents, along with a modern touch. It’s like the Maserati of water taxis. Onboard, meanwhile, the vessel features plush seating, herringbone flooring and the latest technology.

“Nuvolari Lenard is very proud to be doing something for Venice, as it is so close to our hearts and a stunning place that we want to help preserve for future generations,” said Nuvolari. 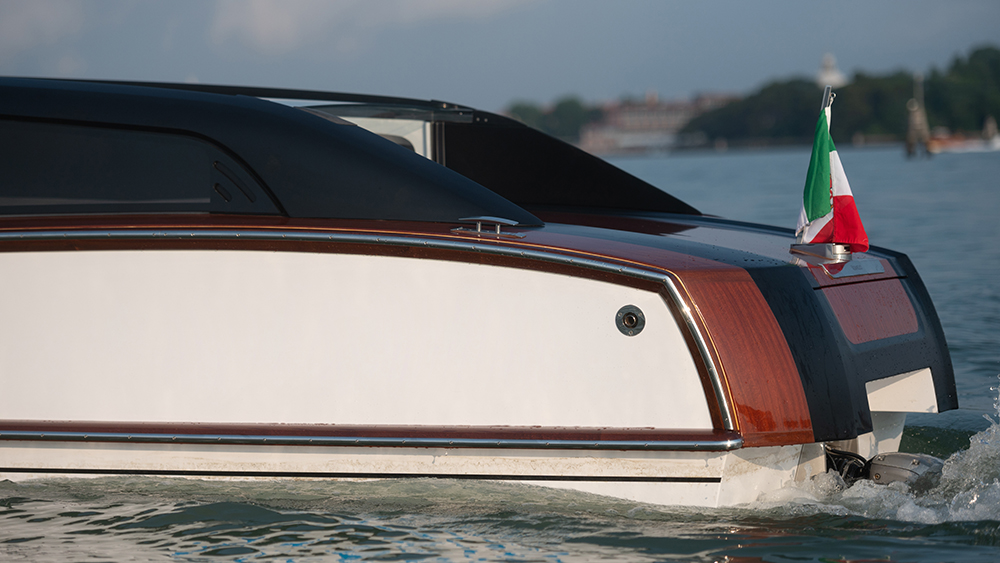 Thunder has been approved by all the classification bodies and is ready to revolutionize transportation in the city. But that hasn’t stopped Nuvolari and Lenard from pushing even farther. The formidable duo is currently in discussions with an Asian car manufacturer about possibly incorporating a hydrogen-fuel-cell propulsion system, which is a very clean technology used in the aerospace field.

All power to you, gents.

You can check out more photos of Thunder below: 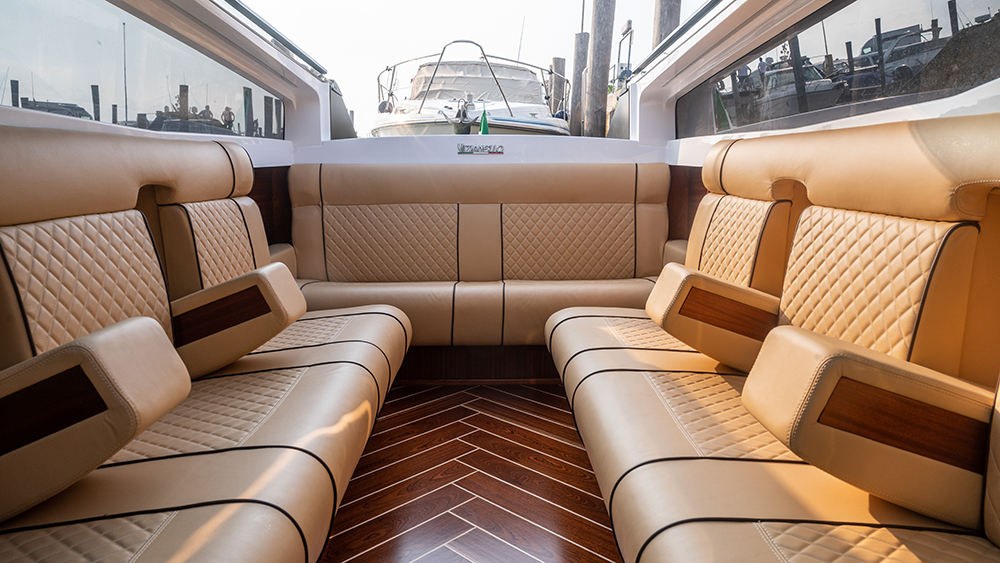 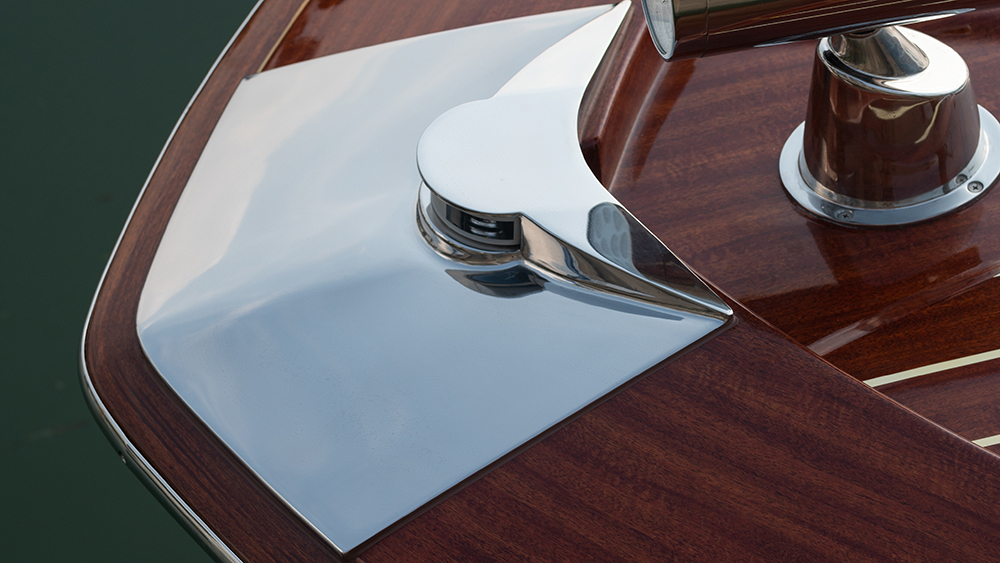 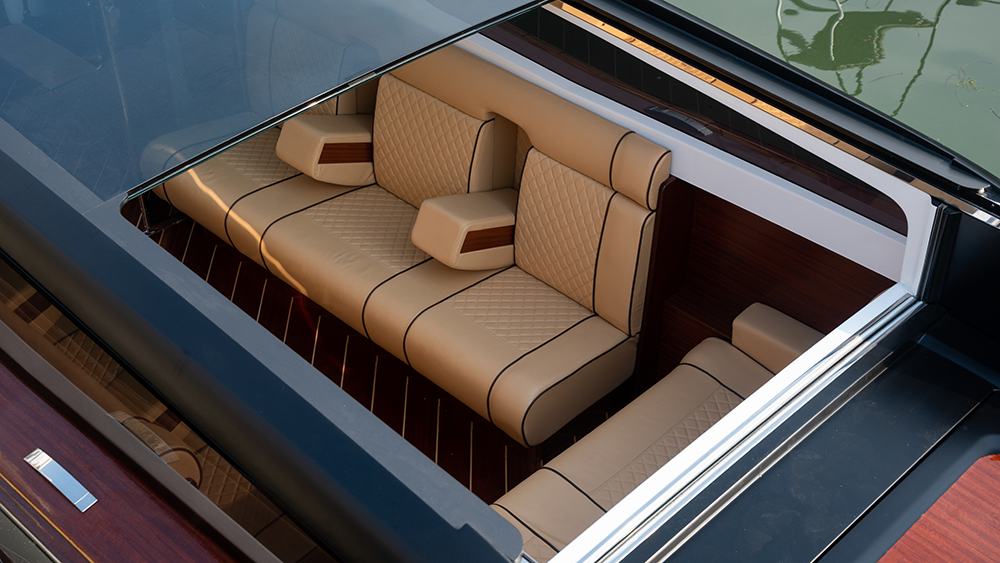 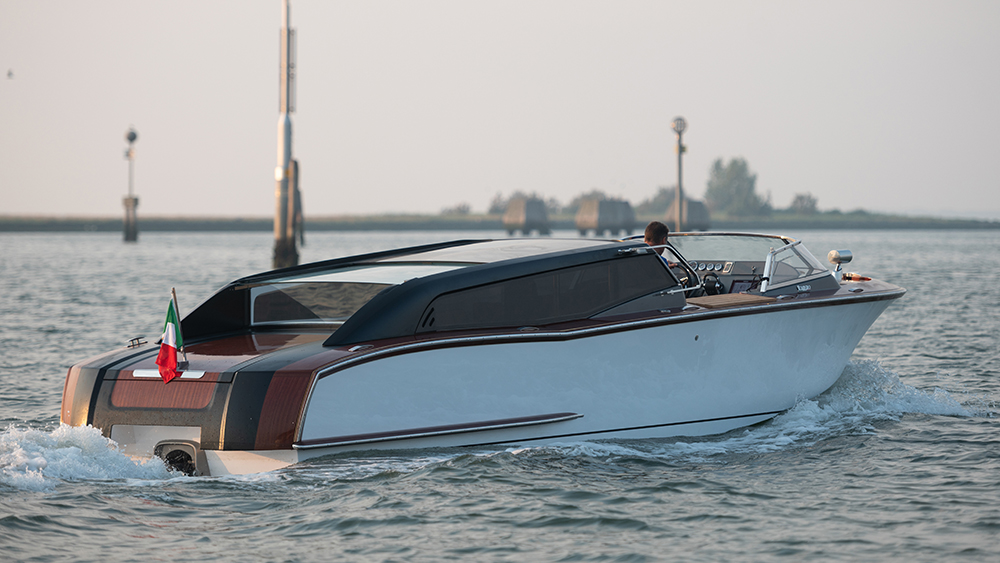 Boat of the Week: This Rule-Breaking 135-Foot Superyacht Has Been Turning Heads for More Than a Decade