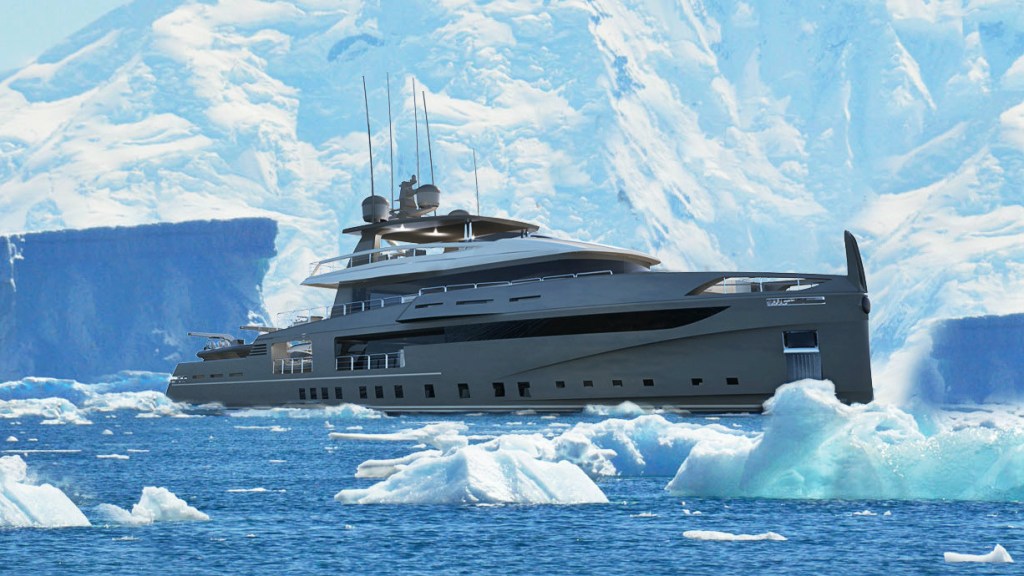 French shipyard Ocea announced this week that it is partnering with Aldo Manna, head of the Ocea Mediterranean office in Italy, and designer Fulvio de Simoni on new project Nemo Ice. Manna tells us the “concept was born when a French owner visited the shipyard last year and saw the construction underway of a 70-meter Offshore Patrol Vessel, which got him thinking about how similar construction could be used in a pleasure craft.”

With boundary-pushing destinations in mind, the Nemo 50 Ice will be built to comply with ice-class rules and weigh in at 499 gross tons. The yacht’s tenders will be rigid-hulled inflatable boats or landing craft that can be launched and recovered using dedicated handling equipment. Integrated shafts with dedicated structural skegs will protect them along with the propellers and rudders to ensure no damage should there be any icebergs or partially submerged objects in the ocean. Such design considerations have ensured Nemo Ice can travel without limitations.

Moving inside, the guest accommodations will accentuate comfort for longer days spent cruising. The owner’s apartment is a full-width design that covers the fore portion of the main deck, and houses a private lounge to be used as an office or relaxation area. A large bathroom has the possibility to include a sauna should the owner so wish. Further spacious living areas abound throughout the saloon and open-space main deck to maximize the comfort of guests on board.

A large engine room and 65-square-foot fully equipped workshop and control room fitted with the remote-control systems will be included to make sure every technical aspect is catered for the crew. This will be located near the generous crew accommodations to maximize efficiency while not encroaching on guest comfort and privacy.

Already an owner of a 131-foot yacht, Nemo Ice’s future owner is keen to explore further afield with the first adventure being a world cruise in the Antarctic region.

Along with Nemo Ice, the Ocea team is building several military ships, including its largest entirely aluminum vessel yet, measuring in at 279 feet.