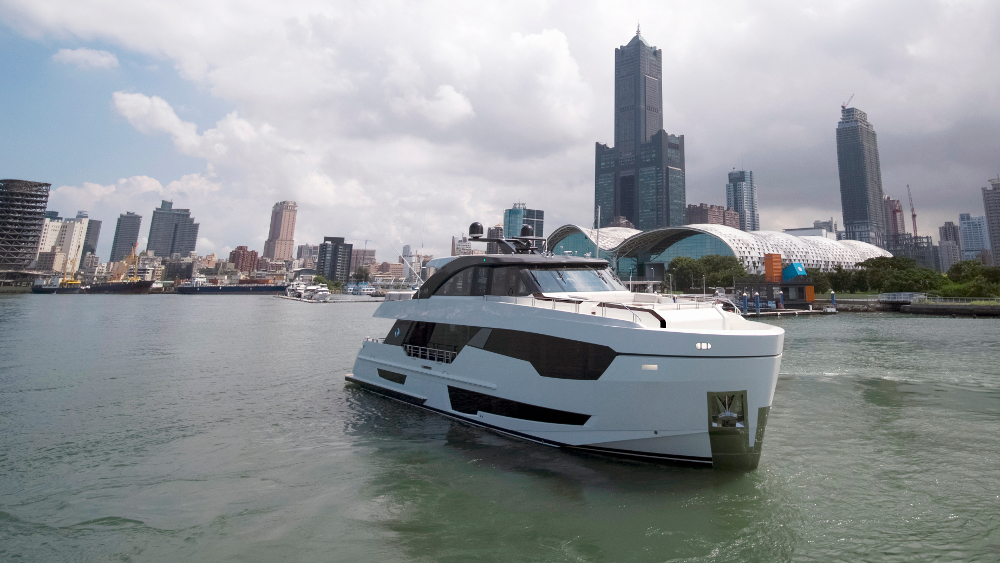 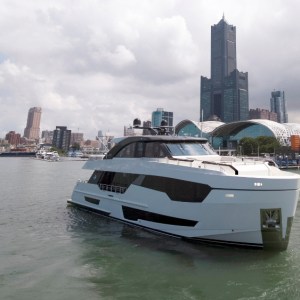 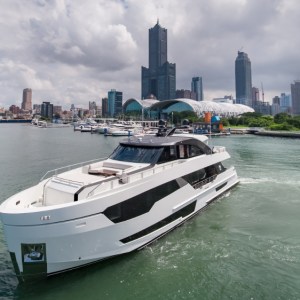 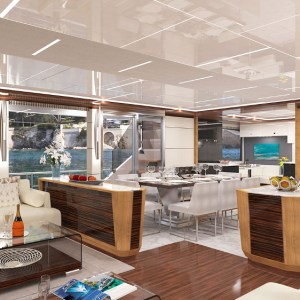 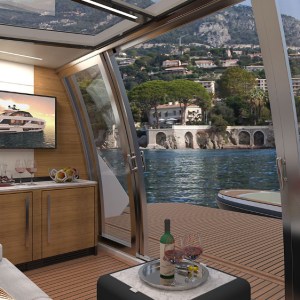 Ocean Alexander will be all business when it shows up to Bahia Mar Marina in sunny Florida for the annual Fort Lauderdale International Boat Show, held from October 31 to November 4. After all, it’s there to start a revolution (in a manner of speaking). The Taiwanese boat builder—whose Veloce 54 was a Best of the Best production yacht honoree in 2007—will use the show’s occasion for the world debut of the first yacht in its new Revolution series: the 90R.

The 90-foot tri-deck motoryacht was designed by Evan K. Marshall along with Italian firm Arrabito Naval Architects. Marshall is a longtime collaborator of the family-operated Ocean Alexander, but the 90R is Arrabito’s first completed project with the shipbuilder. The relationship, however, seems to have been fruitful, as Arrabito was also called upon to design the hulls of all the other forthcoming models in the Revolution series.

The flybridge’s upper deck is equipped with an indoor skylounge as well as an open-air bar and grill for cooking up some quick comestibles. Stonework is used extensively throughout the ship, and on this deck, the bar and cabinet countertops are made from Cambria Berwyn stone. The main deck is home to the salon, including its expansive views through floor-to-ceiling windows, as well as the master stateroom, which is outfitted with his-and-her closets and a bathroom with floors and walls covered in stonework. A deck below, guests can find respite in two regular cabins and a full-beam VIP stateroom. The lower deck is also home to the beach club, which stands out by not only having a bar area but also a skylight that can bathe the area in natural light or provide a window to the stars at night.

The Ocean Alexander 90R is just one of the exciting new boats we’ll be seeing at the Fort Lauderdale show. But if you simply can’t contain yourself until that upcoming show, you should bide your time by checking out our preview of the Cannes Yachting Festival, which will be held at the end of the month.