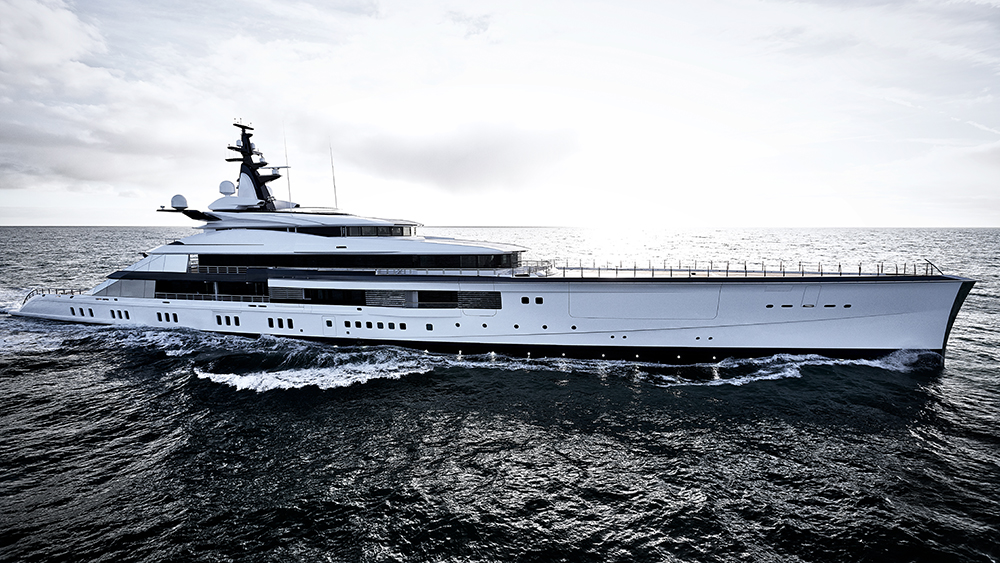 Oceanco is known for delivering jaw-dropping gigayachts, but the most impressive thing about this 357-footer isn’t its epic size. Bravo Eugenia features a radical new hybrid propulsion system that purportedly uses 30 percent less fuel than her competitors.

By maximizing her waterline length, the team was able to reduce overall demand for propulsion power. That allowed them to shrink both the size of the engine and the amount of equipment needed. They also refined Black Pearl’s hybrid propulsion system to give significantly better fuel efficiency. The gigayacht is still able to reach impressive speeds of up to 19 knots and also has a “whisper mode” that reduces noise and vibrations to keep guests relaxed.

Aside from hydrodynamic efficiency, she also features the latest energy-saving technologies, including a waste heat recovery system and an integrated battery system to allow for optimal operation at all times.

Plus, she has space to boot. While most large vessels demand an expansive two-level engine room, Bravo Eugenia’s occupies a single tier. This means she offers more than 1,000 square feet of prime real estate to be enjoyed by seafarers. The generous layout includes six luxurious guest suites, a sun-drenched lower deck, a beach lounge, spa, gym and more.

Bravo Eugenia is a prime example of what can be achieved at the pinnacle of the gigayacht class and is already being recognized for her ingenuity. In fact, she took home the Technology and Innovation Award at the 2019 La Belle Classe Explorer Awards from the Monaco Yacht Club.

Check out more photos of Bravo Eugenia below: