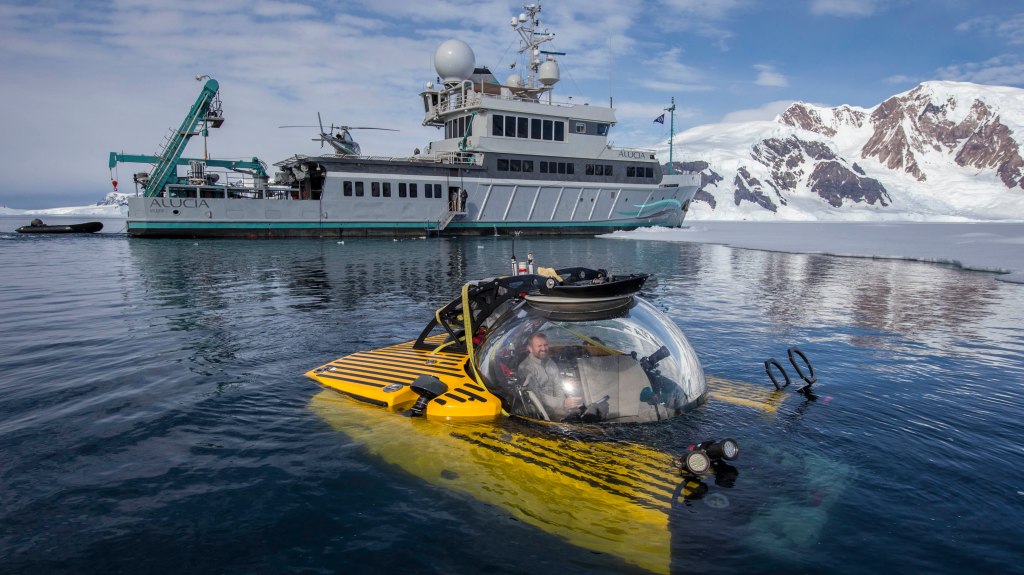 Pushing ocean exploration to its outer limits. Delivering never-before-seen footage. Making history and invoking passion for the seven seas. This is the mission of bold new initiative OceanX.

Launched in June 2018 by father and son team Ray and Mark Dalio, OceanX will unite next-gen technology, fearless science, and compelling storytelling to create greater understanding of the world’s extraordinary ecosystems, and ultimately produce responsible stewardship of them.

Since 2011, ocean explorer Ray Dalio has partnered with leading media, science, and philanthropy partners—including the BBC’s Blue Planet—to create ground-breaking footage via media production arm OceanX Media (formerly Alucia Productions). Now positioned under the OceanX umbrella, the aim is to build on this exciting content to inspire a “human connection to the sea.”

Voyaging on board Dalio’s privately owned marine research vessel Alucia, the team’s world firsts include taking a submersible an unprecedented 1,000 meters (3,281 feet) down into the deep ocean around Antarctica, the first-ever images of the giant squid in Japan, conducting the first study of hurricane impact on deep-sea coral reefs, as well as discovering an entirely new species of shark while filming in the Galápagos Islands: the Galápagos catshark.

Alucia also explored the ocean’s blue holes for the Emmy Award–winning television series Years of Living Dangerously, and took actor Leonardo DiCaprio on a submersible dive for his documentary film Before the Flood.

A coral reef in Fiji, as seen in the Giant Screen Films release “Oceans: Our Blue Planet,” a co-production of OceanX Media and BBC Earth.  Photo: Jason Isley

Building on the legacy of Alucia, and slated for delivery in 2019, marine vessel Alucia2 will be the most advanced science and media vessel ever built. The ship will feature state-of-the-art onboard dry and wet marine research labs, cutting-edge media equipment, and a top-of-the-line production and media center, with manned and autonomous deep-sea submersibles, helicopters, and drones. Alucia2’s filmmaking capabilities have been developed in consultation with filmmaker and ocean explorer James Cameron, and the ship has been designed by Hollywood’s leading studio production engineers. OceanX Media is also co-producer with BBC Earth on its latest Giant Screen Films release, Oceans: Our Blue Planet.

“I believe that ocean exploration is more exciting and important than space exploration,” says Ray Dalio, founder of OceanX and president of Dalio Philanthropies. “We are on a mission to show people that.”