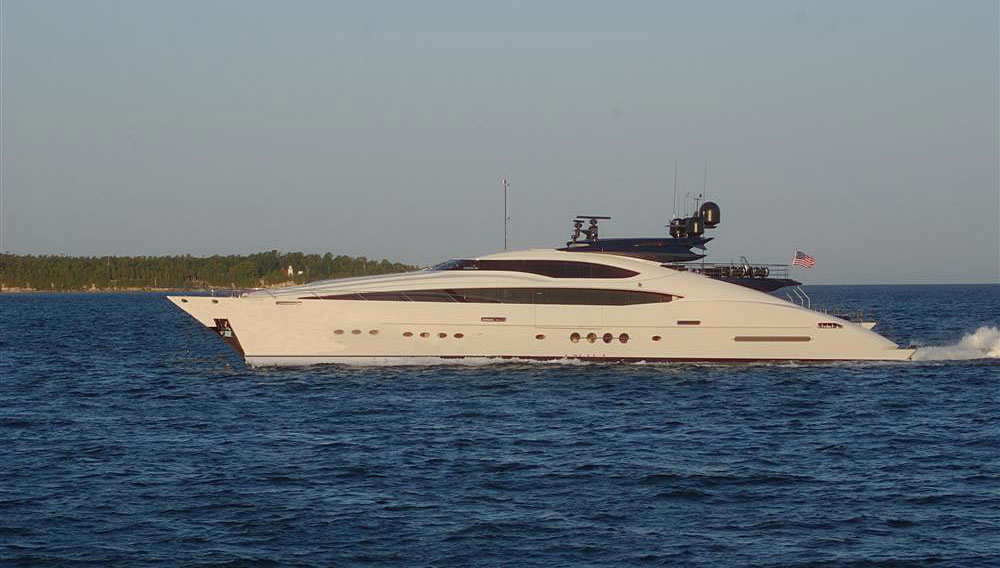 Oneness, the sixth yacht in Palmer Johnson’s popular 150 Super Sport Yacht series, was launched in late 2009 along with sister ship Blue Ice. Both set sail for the Mediterranean, which gave the Wisconsin shipyard an even higher profile among the gliteratti of the Riviera. Oneness has a white hull, with a very aggressive forefoot, and black superstructure. The contemporary Nuvolari-Lenard design appears that it will last, rather than look outdated in a few years like some of its European competitors. The yacht’s performance also matches the look of the hull, reaching a top speed of 28 knots.