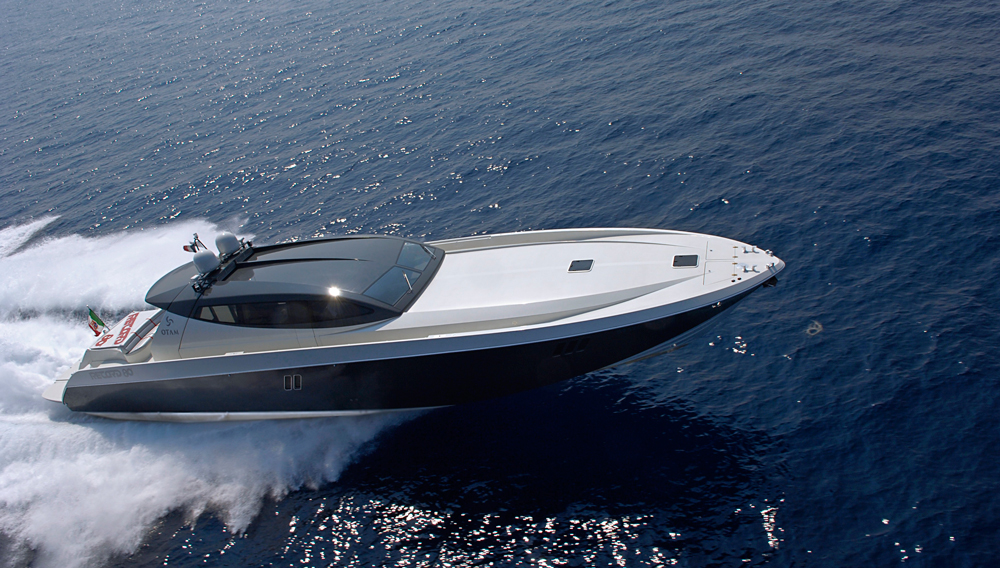 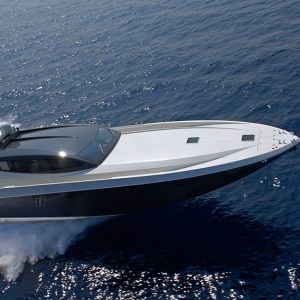 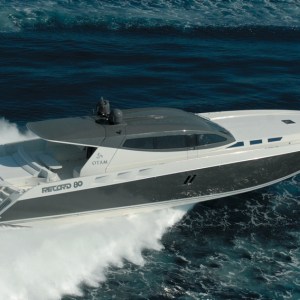 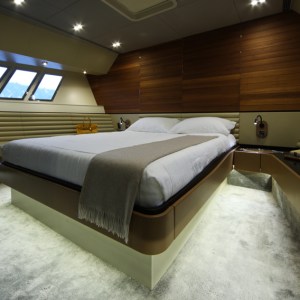 Blink, and you might miss the new Otam Millennium 80 HT Mr. Brown. Able to reach a top speed of 54 knots, the 84-foot sport yacht—the latest launch from 60-year-old Italian boatbuilder Otam—has an even faster future in store. Hurling its V-shaped, Kevlar hull across the water are four MTU 2600 hp diesel motors with Trimax surface drives, that, when paired with new Rolla propellers—currently being tested—may milk an additional 4 knots for the high-performance luxury craft. Ease of handling is ensured by the helm’s single-lever control for all four engines; and when cruising in close quarters, the responsive maneuvering propellers and bow thruster maintain a tight turning radius.

As would be expected of any yacht with a surname, Mr. Brown commands respect, not only for its power, but for the sophisticated interiors designed by Achille Salvagni. Ebony, teak, and leather are employed in the minimalist motif that carries through to the belowdecks areas, with two en suite guest cabins and large master cabin—the latter monopolizing the bow. Exterior amenities include a sun bed forward of the bridge, a lounge area aft, and a tender garage accessed from the transom.

The eye-catching Mr. Brown will be running sea trials and available for viewing at the Cannes Yachting Festival, September 8 through 13. (otam.it)