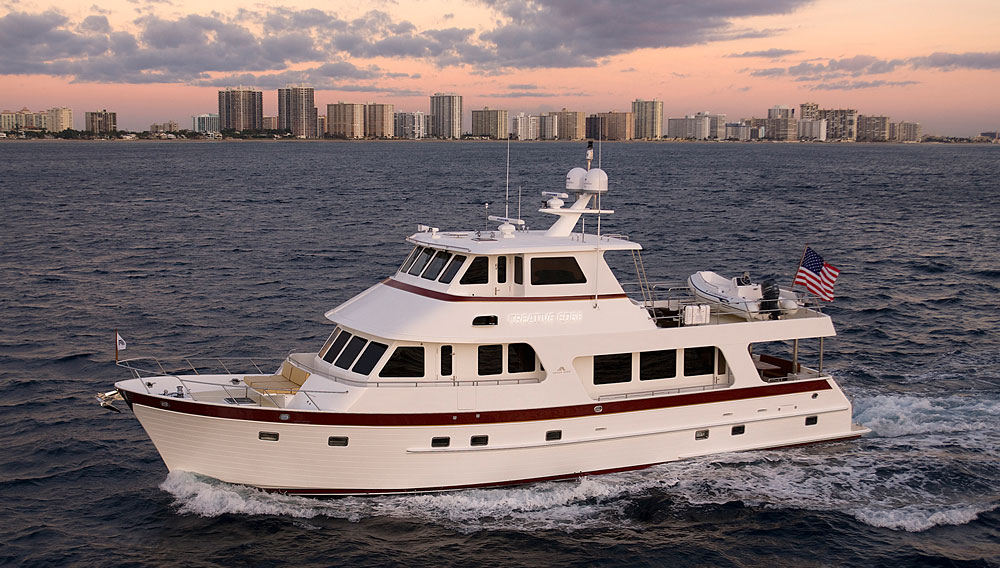 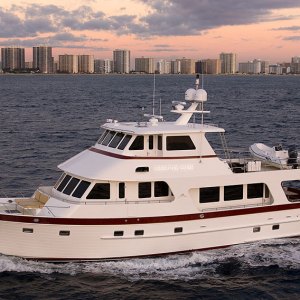 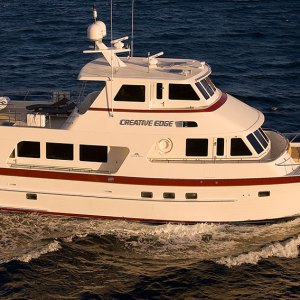 Outer Reef is lauded for its long-range, semicustom motoryachts that can handle varying conditions, and the new 720 Deluxbridge continues the tradition. Using the same fiberglass hull form as the 700 Motoryacht, the 72-foot 720 Deluxbridge changes things up with the inclusion of a country kitchen in place of a lower helm and an enclosed pilothouse instead of the traditional open flybridge. Twin 503 hp Caterpillars and 2,000 gallons of fuel will get you where you want to go. Buyer options include a full walk-around deck or a partial one; a long or short flybridge; and wing stations to either side of the pilothouse. Buyers also have full input on the boat’s interior design, something the owners of hull number 1 did. Outer Reef tapped the yacht designer Ken Freivokh, known for his megayacht interiors, to heighten the sophistication of the layout—which comprises three staterooms forward and two crew staterooms aft—with wenge and teak wood to lend a warm, welcoming feel and some nautical flair. (954.767.8.305, www.outerreefyachts.com)