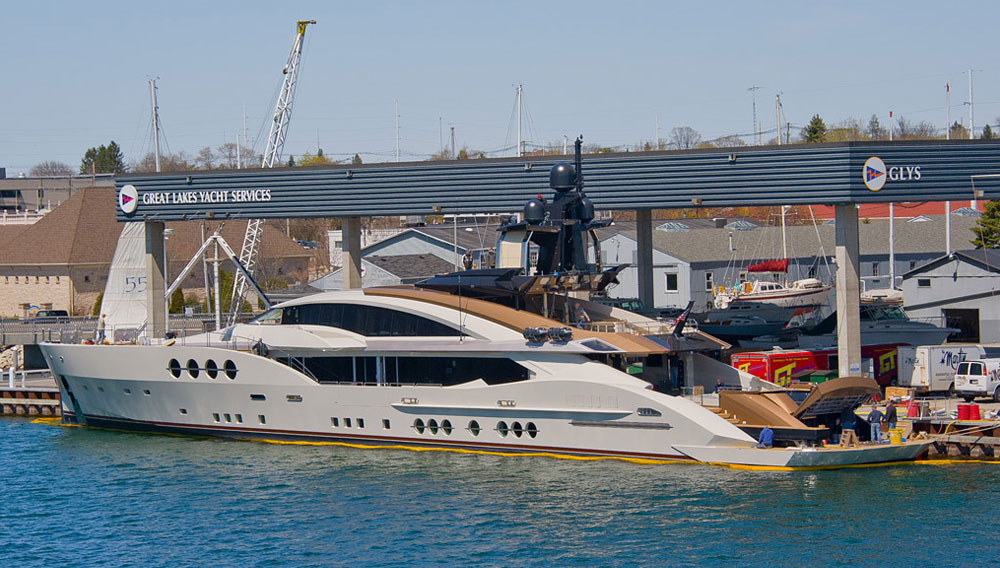 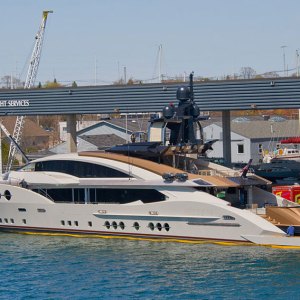 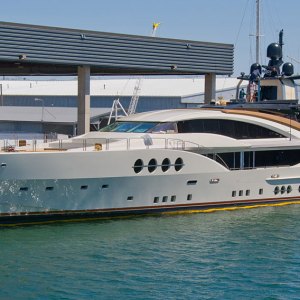 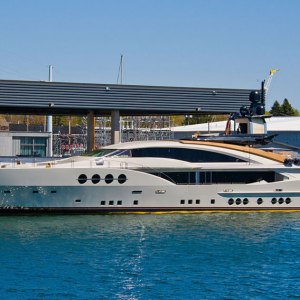 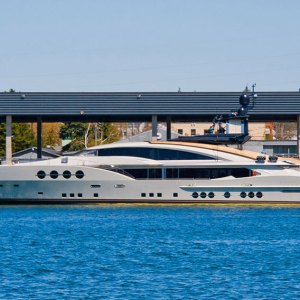 The American shipbuilder Palmer Johnson launched its new flagship model, the PJ 210, in the form of Lady M this summer. The 210-foot yacht features three decks and the same sleek bow that Palmer Johnson debuted on its PJ 170 sport yacht back in 2010. The new vessel boasts a top speed of 28 knots. Guest cabins, for as many as 12 passengers, include a full-beam master suite and full-beam VIP suite, as well as two double and two twin cabins on the lower deck. The yacht’s exterior features a foredeck pool that doubles as a touch-and-go helipad when covered and can also serve as tender storage when drained of its water. (www.palmerjohnson.com)