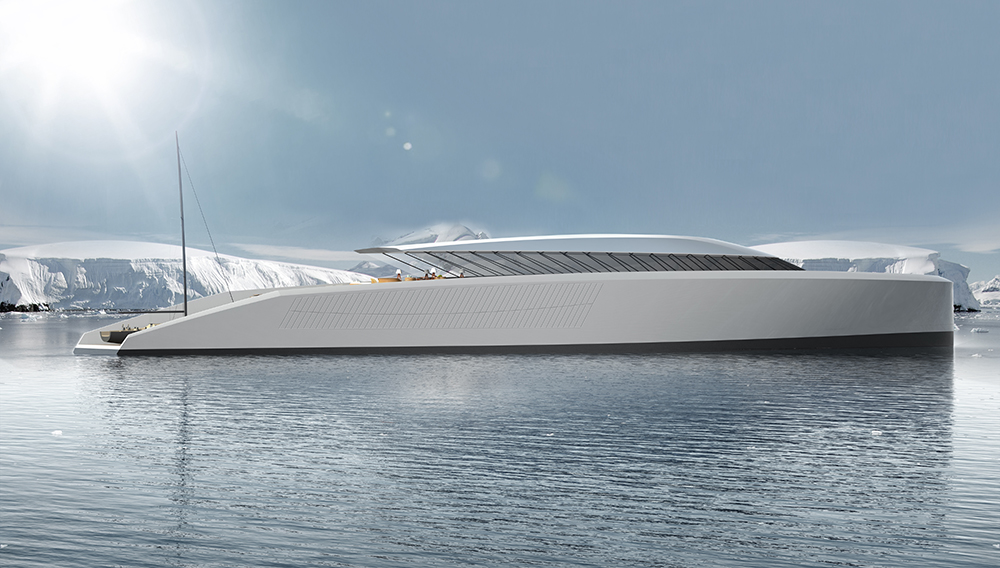 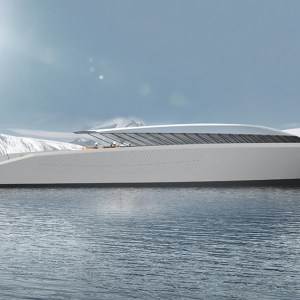 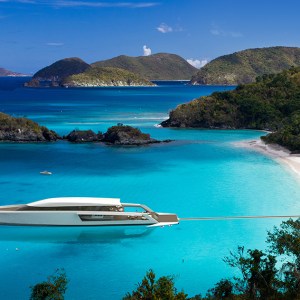 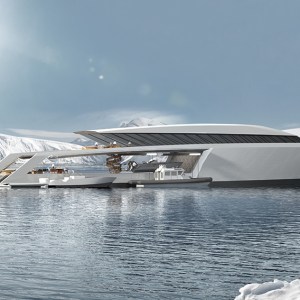 Pastrovich Studio—a yacht-design firm founded by Stefano Pastrovich, designer of the WallyPower range of vessels from Monaco’s Wally Yachts—recently unveiled a new classification system that places its yachts into one of five categories based on owner lifestyle rather than boat size or layout. The first concept released under this new system, the 90m X-Kid Stuff, is part of the Parkour class, which aims to satisfy the specifications of active owners and comprises yachts emphasizing sleek exterior designs and high-tech interiors.

Relatively understated in appearance, the 295-foot yacht’s exterior consists of a large, unadorned hull topped with a backswept superstructure enveloped by glass. If built, the yacht will be constructed from lightweight materials configured in beehive-like hexagonal structures that remain incredibly strong while keeping weight to a minimum. This structure carries over to the yacht’s interior design, which features rooms with the floors and ceilings that meet each other at non-right angles.

When the yacht is anchored, a portion of the sides of its hull can be folded up, transforming the hangar deck into a massive exterior space. In a touch that is well suited for the active and unconventional Parkour-class owner, transition between the hangar and main decks can be made via a staircase or by scrambling up a rock wall or sliding down a fire pole. Perhaps the most revolutionary feature of the new concept is an inflatable jetty that Pastrovich claims will be able to extend from the back of the ship all the way to shore—allowing people, vehicles, and supplies direct access to land without the need for a tender. (www.pastrovich.com)