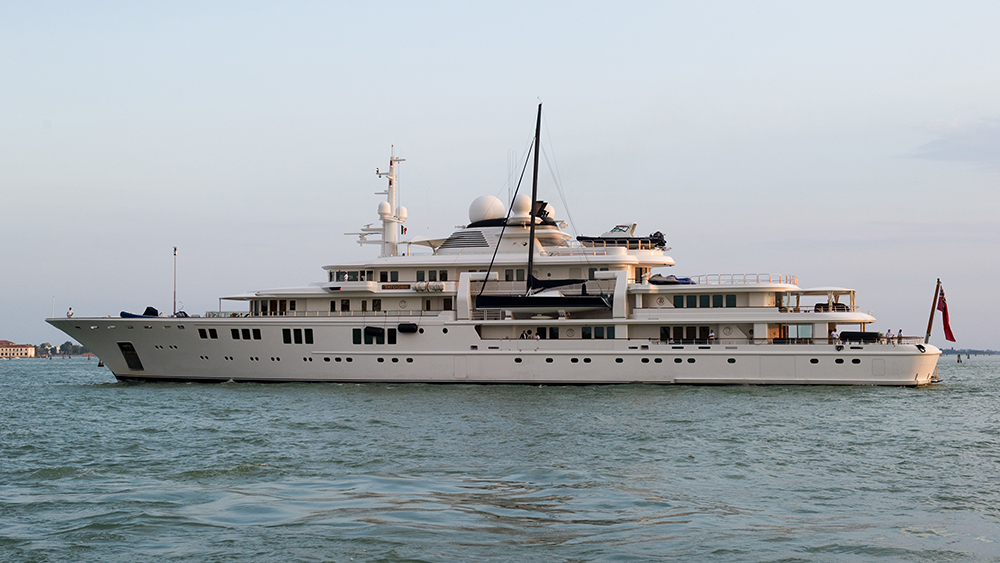 The lavish 303-footer was listed for $90 million in February 2021 following an extensive refit. She also welcomed prospective buyers aboard at the Monaco Yacht Show back in September before finally landing a new owner last week. Fraser Yachts announced the sale on November 4. Burgess reportedly brought the buyer and seller into an in-house deal, but did not disclose the sale price. Given the yacht’s pedigree and pristine condition, it’s safe to assume the figure was close to asking.

Built by German shipyard Nobiskrug, Tatoosh was first delivered to telecom exec Craig McCaw in 2000. Just one year later, Allen snapped up the steel-hulled vessel for $100 million. Named after a mountain range near the tech titan’s lifelong hometown of Seattle, Tatoosh has a generous interior volume of 3,229 GT and no less than five decks.

The exterior was penned in partnership with Claus Kusch, while the interior was brought to life by Terence Disdale. The yacht is full to the brim with amenities befitting a billionaire, including two helipads, a cinema with surround sound, a pool that doubles as a dance floor, a dive center with a pressure chamber, a beach club, a sauna, a beauty salon and even a basketball court.

Tatoosh can accommodate up to 19 guests across 11 staterooms, along with 31 crew. The full-beam owner’s suite features dual dressing rooms, an ensuite, a private study and an observation lounge with a bar offering uninterrupted views. Tatoosh is no slouch on the seas, either, with a top speed of 19 knots and a range of nearly 6,855 nautical miles.

Allen was the world’s 27th-richest man when he died at the age of 65 in 2018. His sister Jody, who is the executor and trustee of his estate, has gradually begun offloading the assets that made up his $26 billion fortune. Allen’s other superyacht Octopus was sold last year for $278 million. The estate has also reportedly sold more than $350 million worth of his property to date. On top of that, Allen’s epic art collection will be auctioned off at Christie’s later this month and is expected to pull in $1 billion. No one could argue that the guy didn’t have great taste.