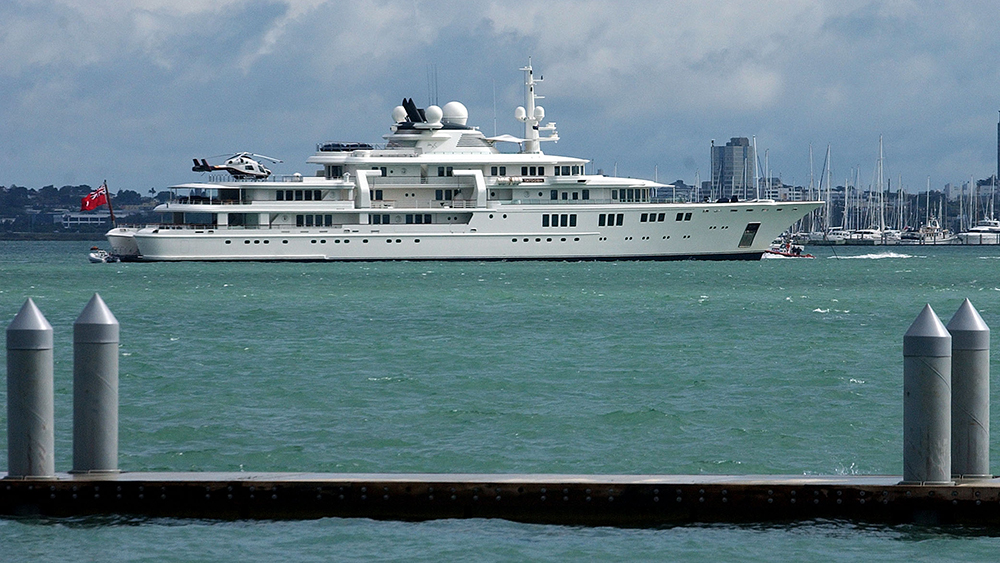 If you’re a fan of both the high seas and the tech world, you could charter late Microsoft co-founder Paul Allen’s megayacht Octopus for $2.2 million a week. Or you could just buy his other superyacht for a cool $90.4 million.

Allen’s 22-year-old, 303-foot superyacht Tatoosh just went up for sale, Bloomberg reported on Thursday. It’ll be available for viewings at the Monaco Yacht Show later this month, where you’ll be able to check out its offerings after an extensive 11-month refit, with interior design by Terence Disdale and exterior design by Claus Kusch.

Built by the German shipyard Nobiskrug, the yacht comes equipped with 11 staterooms that can hold 19 guests, with room enough for 31 crew members. Along with five decks, two helipads and a jetted, heated pool, you’ll also find a host of more lavish amenities. (Yes, it can get even more lavish than that.) The pool can transform into a dance floor; you can watch movies in the on-board cinema; and there’s a beach club, a dive center and a beauty salon. Honestly, you’ll have little reason to ever disembark.

Allen, who was the world’s 27th-richest man at the time of his death in 2018, named the yacht after a wilderness area near his hometown of Seattle. The ship was just one of the assets contributing to his $26 billion fortune. His estate is now working to offload some of those assets, and it’s so far sold more than $350 million worth of property, according to Bloomberg. To add to that, in November, Christie’s New York will sell Allen’s 150-plus piece art collection, estimated to be worth about $1 billion.

As for the show-stopping yacht, Tatoosh, which has a range of 6,855 nautical miles and can hit 16 knots at maximum speed, is being co-listed by Fraser Yachts and Burgess. If you’ve got an extra $90 mil lying around, now’s your chance to sail the high seas in jaw-dropping luxury.