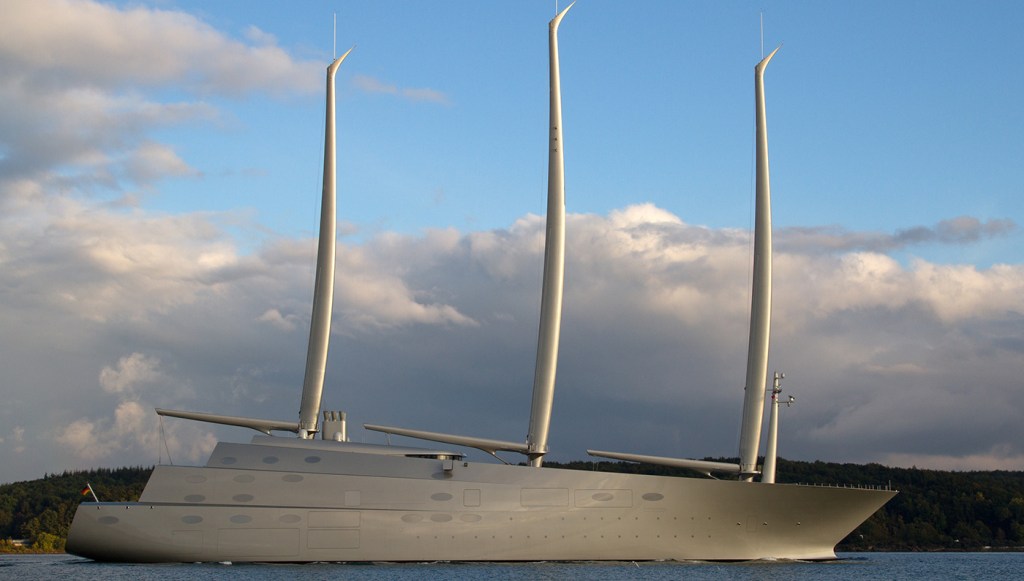 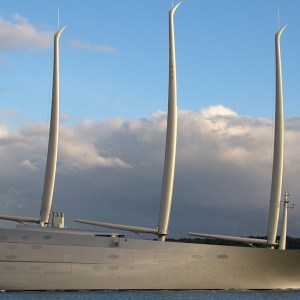 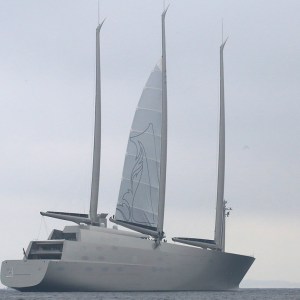 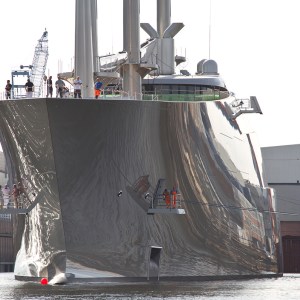 A true sea monster, the 468-foot sailing yacht A apparently made its first pelagic prowl with sea tests off the German coast of Kiel a few days ago. Designed by Philippe Starck and built by Nobiskrug, the three-mast monolith (with a beam greater than 81 feet) is the largest vessel in the world to be powered by sail and, according to boatinternational.com and superyachttimes.com, features the following:

Commissioned by Russian tycoon Andrey Melnichenko for a reported price of approximately $318 million, A is a follow-up to his 390-foot motor yacht of the same name. Melnichenko is expected to take delivery of his latest aquatic acquisition in the spring of 2017. (nobiskrug.com)