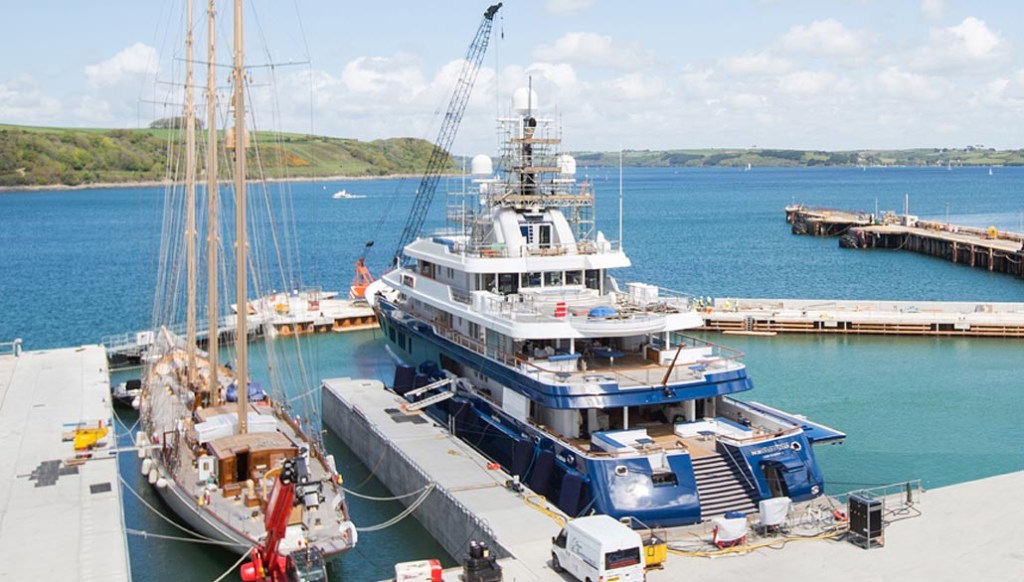 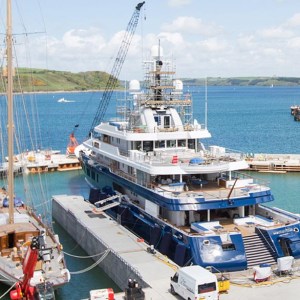 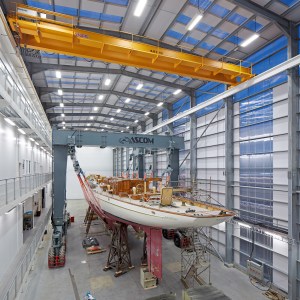 It’s been over two years since Pendennis Shipyard began the major development of its Falmouth-based yard in the U.K. During this time Pendennis has seen the previous shore-side facility almost completely rebuilt, replaced by larger modernized construction halls, workshops and office space. This includes two 90m and one 45m double bay halls, rated to Building Research Establishment Environmental Assessment Methodology (BREEAM) “Excellence” standards. Despite major infrastructure disruption, through careful planning there was no impact on turnover, productivity or client satisfaction.

At the end of May 2015 the completion of the 7,564 square meter non-tidal wet basin marked the culmination of a significant investment program, which was partially funded by the European Regional Development Fund (ERDF) and Cornwall & Isles of Scilly Local Enterprise Partnership’s Growing Places Fund. The wet basin will accommodate superyachts for alongside berthing and refit work as well as support yacht commissioning before and after time out of the water.

These extensive improvements have been in response to the changes in the superyacht industry since the company was founded 27 years ago. Whilst in 1988 a yacht of over 50m was perceived to be large, this is now the average LOA (length overall) of vessels visiting Pendennis. In 2014 the largest volume yacht to date, Northern Star, at 76.5m commenced her seven-month refit. However this record has already been superseded with the arrival of an 85.6m motor yacht. As the new wet basin and the pre-existing dry dock can cater to vessels up to 110m, this record is sure to be surpassed in the future.

The new basin was christened in June 2015 as the 65m schooner Adix moved in following the completion of her eight-month refit program, and within days of her launch she was joined by MY Northern Star, the J-Class Lionheart and classic motor yacht Malahne. Since completion 10 vessels ranging from 24m to 85.6m have already docked in the new basin, making the most of the improved access to Pendennis’ refit and new build facility. The yard in Falmouth can now boast some of the largest and most accessible superyacht new build and refit facilities in the world.