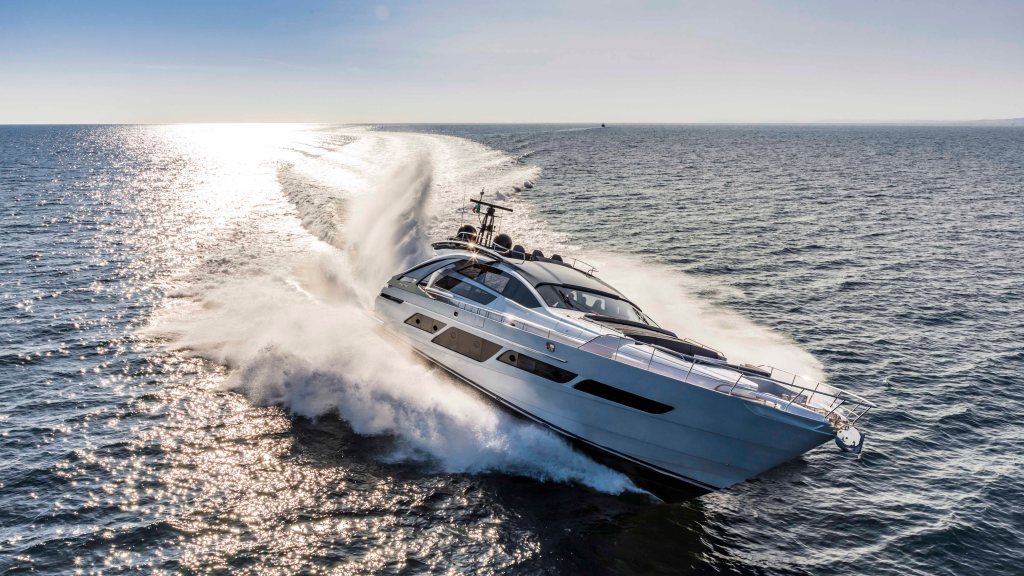 In 2006, Antonelli wanted to design a breakout yacht that would be a demon on the water and have an elegant, but one-of-a-kind interior. Pershing had made its name by creating fast, powerful boats and the builder was once again ready to redefine the luxury performance category. Antonelli enlisted Poltrona Frau designer Luca Bellomari to not only supply the leather used on the 72-foot yacht but also help design the helm.

The results were beautiful, hand-stitched leather seats and helm console reminiscent, Antonelli often remarked, of a fighter jet. The craftsmanship and flawless quality of the full-grain leather (Poltrona Frau made its name with a 21-step leather tanning process as opposed to the industry standard of 12 to 15 steps) really helped distinguish the Pershing 72, making it an icon in the yachting world when it launched in 2007.

Pershing 72 helm is reminiscent of that of a fighter jet.  Photo: Courtesy Pershing

Since then, Pershing and Poltrona Frau have deepened their relationship with collaborations on the Pershing 64, Pershing 80, Pershing 92, Pershing 108, Pershing 115, and recent launches including the Pershing 74 and Pershing 82. (Antonelli, who left Pershing in 2009, used Poltrona Frau’s leather furniture in Wider, his new boat company, as have an increasing number of high-end Italian yacht makers. It is now considered the premium leather brand in yacht-building.)

The latest creation from Pershing and Poltrona Frau, along with longtime Pershing designer Fulvio De Simoni, is the Pershing 9X. Pershing uses the same fighter-jet motif to describe the 9X, and if that is the case, the new 90-footer is the most elegant fighter jet the world has ever seen, or perhaps more akin to the captain’s chair on the Starship Enterprise. Like the Pershing 72, the configuration sets a new milestone for helm designs. The forward section has three large leather pilot seats, with the captain’s on the extreme right, positioned between the throttles and a joystick control on the armrests. Directly in front, on the leather-clad and carbon-fiber-patterned console, are three electronics screens that provide touchscreen navigation. The 9X was so popular that four were sold before it even officially launched in September.

Commemorating the 10th anniversary, Poltrona Frau has also unveiled its new Owner Set for Pershing owners. The collection of one-of-a-kind suitcases, bags, trolley bags, and other accessories were designed exclusively for Pershing. The Pelle Frau Meteorite leather—featuring a mix of glossy and dull finishes—is hand-polished on a grained surface to mimic the effect of pyrite, a brass-colored mineral with a bright metallic luster that shines in different lights. The designers said that they want the new pieces to reflect Pershing’s cultural mantras: speed, dynamism, and innovation.

Expect the collaboration between the two companies to continue long into the future. Poltrona Frau has already memorialized the relationship by placing one of the seats made for the 72 in its company museum in Tolentino.