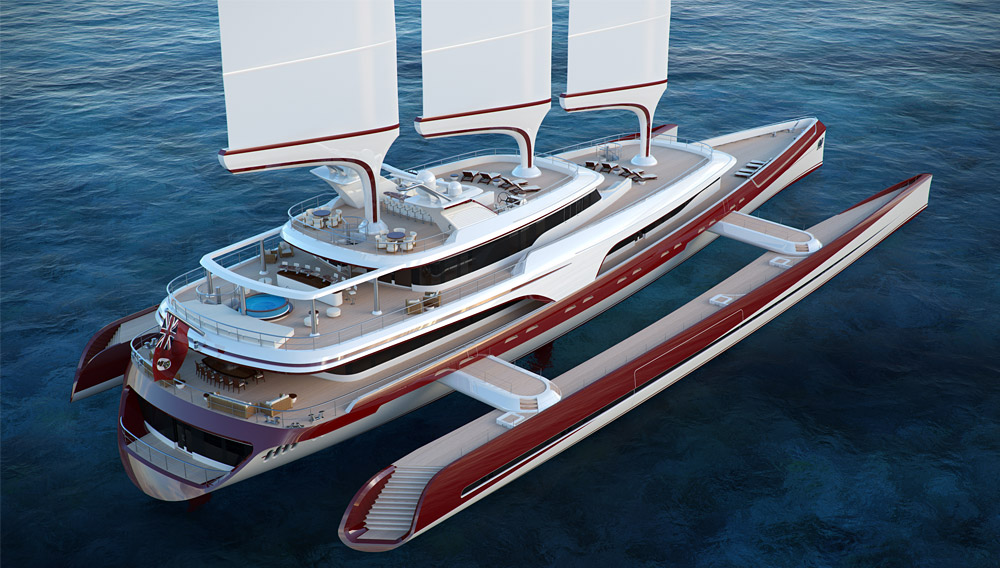 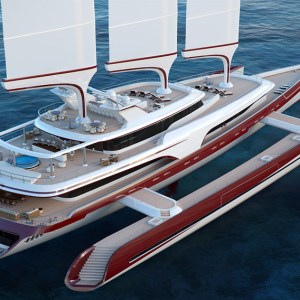 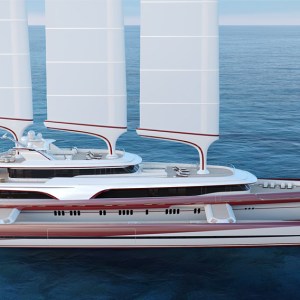 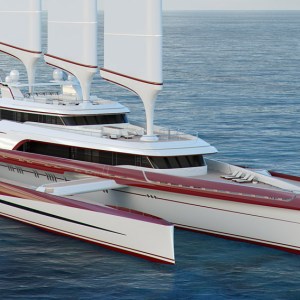 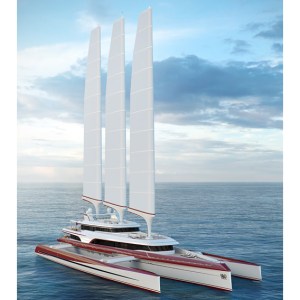 The young Wales-based builder Pi Super Yachts recently unveiled its Dragonship 80 concept, an over-the-top sailing trimaran it plans as its flagship vessel, in association with McPherson Yacht Design. For sails, the Dragonship 80 uses three large airfoils similar to the ones on the boats that competed in the most recent America’s Cup competition. Instead of being controlled by sheets, the yacht’s airfoils are supported by masts that can make complete rotations clockwise and counterclockwise. This allows the system to automatically position the sails to achieve the optimum angle to the wind. Solar cells integrated into the fabric of the airfoils will recharge the ship’s all-electric propulsion system, eliminating the need for fuel and reducing emissions.

To maximize space on the main hull, the two side hulls contain cabins for the boat’s 17 crewmembers—except for the captain’s cabin, which is in the main hull—as well as storage space for toys and tenders. These side hulls extend the ship’s beam to nearly 100 feet, which can create docking problems in many marinas. To address this, they will be able to fold up alongside the main hull, reducing the ship’s beam to a more modest 66 feet. Inside the main hull, which sleeps as many as 12 guests, amenities will include a bar, library, spa, and gym. Because toys and tenders are stored on the outer hulls, the aft space that would normally be reserved for a garage instead houses the owner’s cabin, which features a balcony and private foyer. Construction of the Dragonship 80, which is the first in a line of four yachts that will eventually include 162-, 115-, and 82-foot versions, is expected to begin within a year and a half. (www.pisuperyachts.com; www.mcphersonyachtdesign.com)