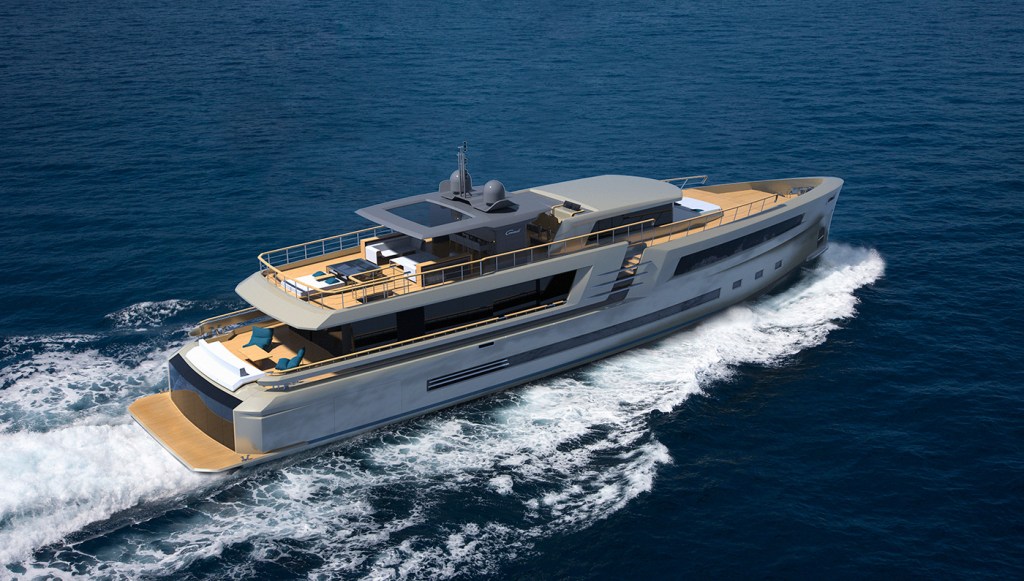 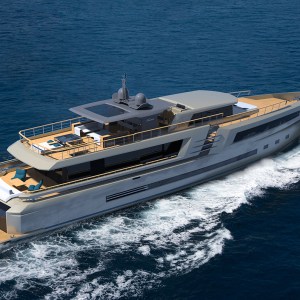 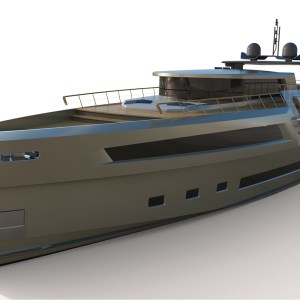 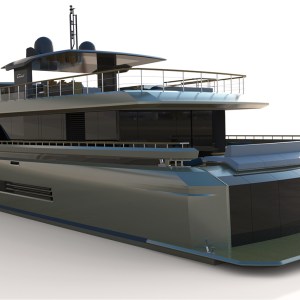 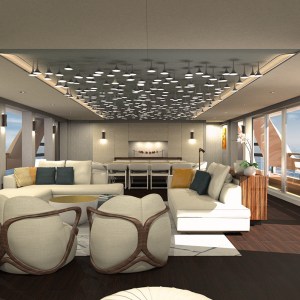 Couach Yachts revealed details and renderings of the 38-meter Lounge explorer yacht. The 125-foot superyacht will be first model of the French custom-yacht-builder’s new Lounge Collection line, which is designed inside and out by in-house designer Clement Carbonne. He chose to create an uncluttered, clean, and contemporary yacht with floor-to-ceiling windows that emphasize an indoor/outdoor flow.

One feature that sets this yacht apart is its glass beach-club door to the aft lower deck, allowing guests to hang out and enjoy the water-level view while the yacht is underway.

Accommodations include a master suite with a private balcony. The layout comprises a total of four or five en-suite staterooms, depending on the client’s preference, and subsequently it can sleep eight to 10 guests. Three crew cabins house six crewmembers.

“The most special feature of the 3800 lounge is her ‘double personality.’ We mean the subtlety by which this yacht is very imposing, open on the outside and at the same time very private, ‘cocooning.’ It’s a very surprising yacht,” says a representative of the Couach team.

The yacht will feature a customizable flybridge that could include an outdoor kitchen and bar with lounging and dining areas, as well as a hot tub. Down below, two tender garages ensure storage for plenty of tenders and toys to get out on the water.

Plans call for the yacht to be built in GRP/Kevlar, and propulsion via a pair of Scania DI16 1,100 hp engines or electric 650 VDC 140 kW engines, but Couach is considering swapping those out for others that prospective clients are proposing. Built as planned, the yacht will achieve a top speed of 17 knots and a cruise speed of 14, with a projected range of 1,500 nm at maximum speed and 1,650 at its cruise speed. Couach will start building once a client has committed to the project. The 38-meter is the first in the Lounge series, and Couach has plans for 42-meter and 45-meter models. (couach.com)