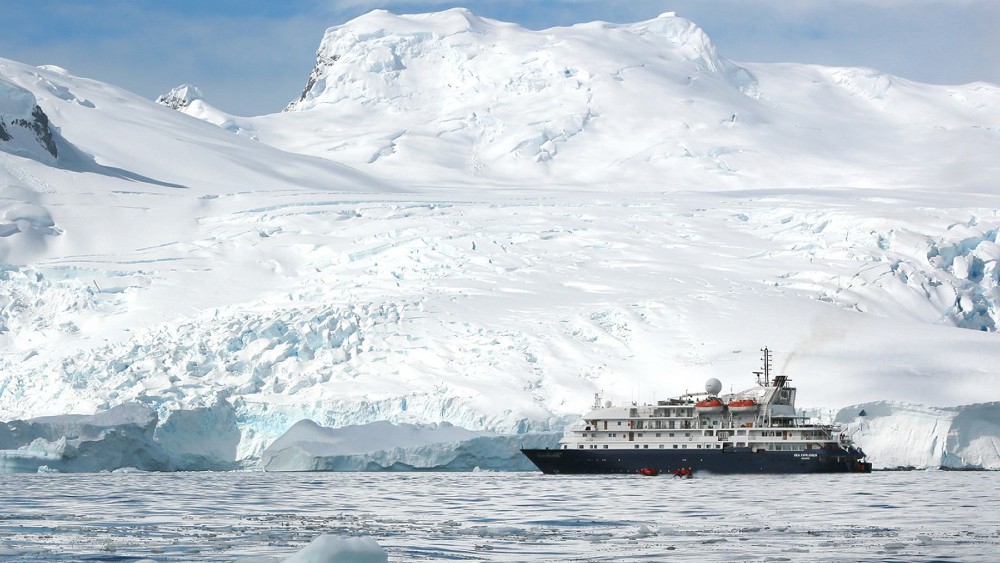 Do you want to make sure you don’t miss out on the next total solar eclipse? All you need to do is book a spot aboard a ship that will be in the Scotia Sea on December 4, 2021.

Of course, that may not be the simplest of tasks, but luckily Poseidon Expeditions has already taken care of the hard part for you. The Cyprus-based travel company, which specializes in polar expeditions, just announced a 23-day-long cruise to Antarctica for late 2021 which will give astronomy buffs a chance to view the Sun, Moon and Earth perfectly align in one of the world’s most remote locations alongside eclipse guide, astrophysicist and “Ask a Spaceman!” host Paul Sutter.

“Our goal is to meet the center of the moon’s shadow as it moves swiftly across the Scotia Sea during its rare and brief appearance in Antarctica. This may well bring the ship within sight of the Weddell Sea pack ice, adding a great polar ambiance to this amazing celestial event,” Poseidon Expeditions President Nikolay Saveliev told Cruise Industry News.

One of the Sea Spirit’s Superior Suites  Poseidon Expeditions

The company’s 114-guest Sea Spirit will set sail from the world’s southernmost city, Ushuaia, Argentina, on November 20. From there, it will head to the Falkland Islands, which the company calls “a birder’s paradise,” where guests will get to see large colonies of penguins and albatross, along with other marine mammals. The ship then cuts through the Southern Ocean to South Georgia, where passengers will get explore the basically uninhabited island. Then, early on the morning of day 15, those on board the ship will gather on deck for, barring any weather issues, a perfect view of the eclipse, as the ship follows the “the narrow path of totality” through the Scotia Sea. Already on its way back to Argentina, the boat will pass through the South Shetland Islands, the Antarctic Peninsula and finally the Drake Passage before disembarking back in Ushuaia on December 12.

While the company is currently offering an early booking discount, per person rates still range from $16,556 for a spot in a three-guest Triple Classic to $22,436 for the two-guest Superior Suite to $33,996 for the top tier, two-guest Owners Suite. Located on the Oceanus Deck, the Triple classic comes with two twins and a sofa beds, has two wardrobes and en suite facilities. The sizable Superior Suites are located on the Club Deck, measure 215-square-feet and have a picture window overlooking an outside walkway, a walk-in closet, en suite facilities and satellite phone access. Meanwhile, the extra spacious Owners Suite has its own living room and entertainment area, a private deck and a jetted bathtub. Each cabin has its own private bathroom, in-room safe, refrigerator and individual temperature control. The cost includes a pre-voyage hotel night in Ushuaia, all meals and a Poseidon Expeditions-branded parka.