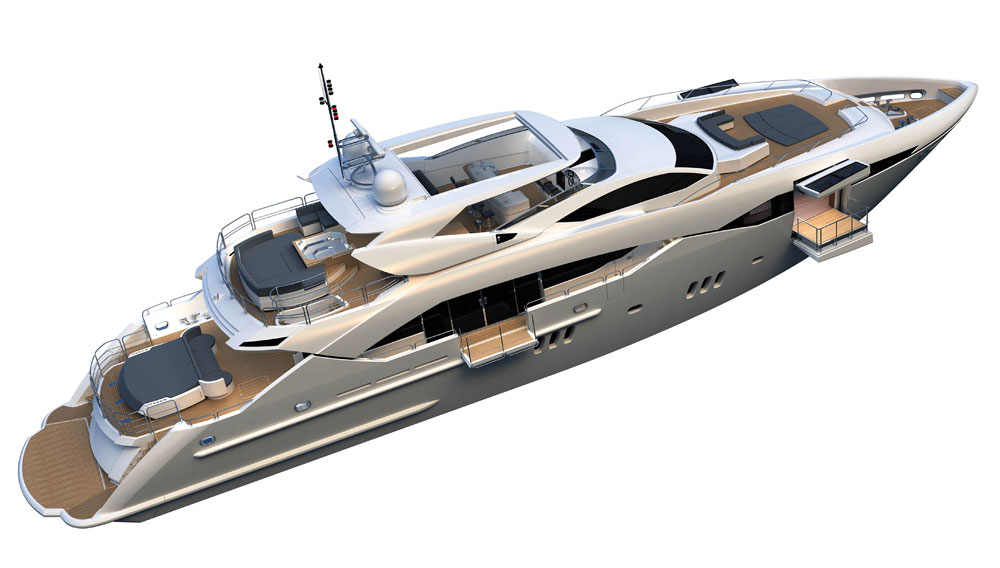 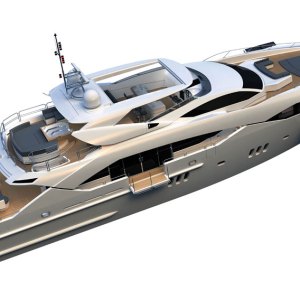 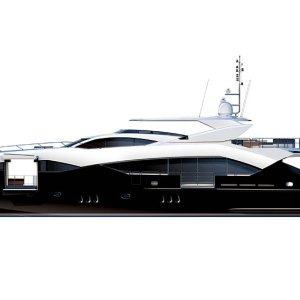 The Predator series became the über-Predator with the launch of the 130-foot Evil Zana in September 2009. The long-awaited arrival of this sleek Sunseeker, which breaks design parameters for the performance category, was even more anticipated because it can run at 27 knots (more than 30 knots is possible with the right configuration), while also offering exceptional space and comfort. Sunseeker designed an extremely aggressive, almost predator-looking profile (unlike the now-generic, sleek look of other express megayachts) but gave it roominess with a raised wheelhouse and large flybridge. The owner’s suite also includes niceties like a fold-out veranda, and a gym and sauna are also possible options on the Predator 130. This is definitely a breakthrough boat for the UK builder and for performance yachts in general.