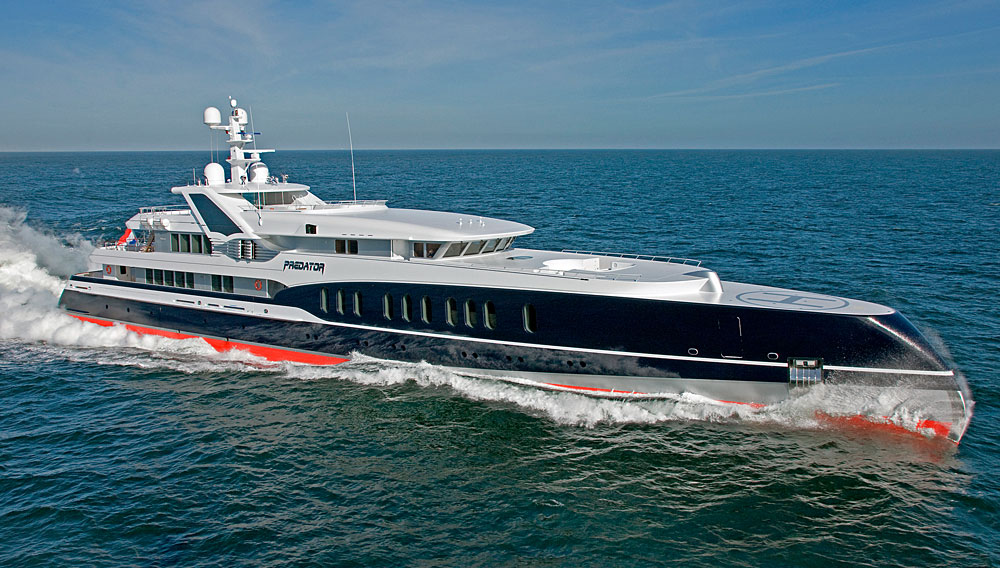 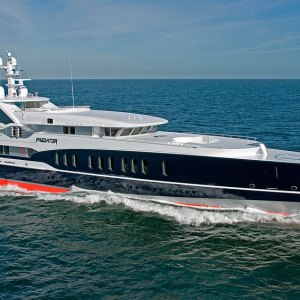 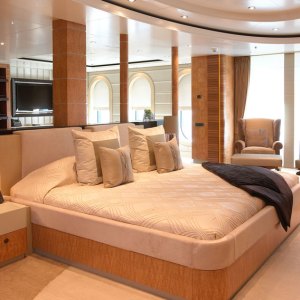 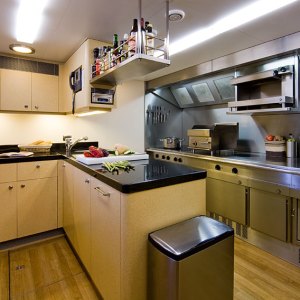 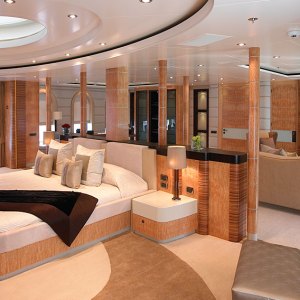 In 2008, the Dutch shipbuilder Feadship launched what is arguably its most innovative yacht to date, the 239-foot Predator. It takes only a quick glance at Predator’s menacing bow and aggressive lines to understand why the yacht was named as it was. Predator’s groundbreaking design is a triumph of both form and function. The distinctive reverse bow slices through the water—rather than pushing through it the way displacement hulls do—thus allowing a top speed of more than 25 knots. One could argue this bow design also bests more traditional shapes because it eliminates much of the up-and-down pitching motion that causes seasickness among passengers. (Some credit must also be given to Predator’s nonretractable Quantum zero-speed stabilizers, which cancel out most of the yacht’s side-to-side rolling motion.) Predator has four MTU 16V 595 TE90 engines that produce a combined 23,000 brake horsepower. To accommodate these beasts, Feadship built its tallest-ever engine room for a yacht. Predator’s draft is also notable: It measures just over 12 feet, making this the deepest hull built to date at Feadship’s De Vries yard.

Inside Information:iBannenberg & Rowell Design of London crafted Predator’s owner and guest areas in conformation with specific weight restrictions, so as not to affect the yacht’s speed. To this end, annenberg employed marble laminates alongside light-toned Karelian birch with dark accents of Macassar ebony and zebrano. The company also commissioned furniture made from lightweight materials for use throughout the yacht. To the dismay of some yacht watchers, early photos of Predator revealed a dull, iron-gray hull that made the vessel look more like a surfaced submarine than a luxury yacht. But just after the boat’s sea trials, Feadship removed what turned out to be a protective Awlgrip coating, revealing a rich blue hull with accents in white and blood red—appropriate for a true predator.

Electric Boats Are Coming, but How Fast Will They Get Here?