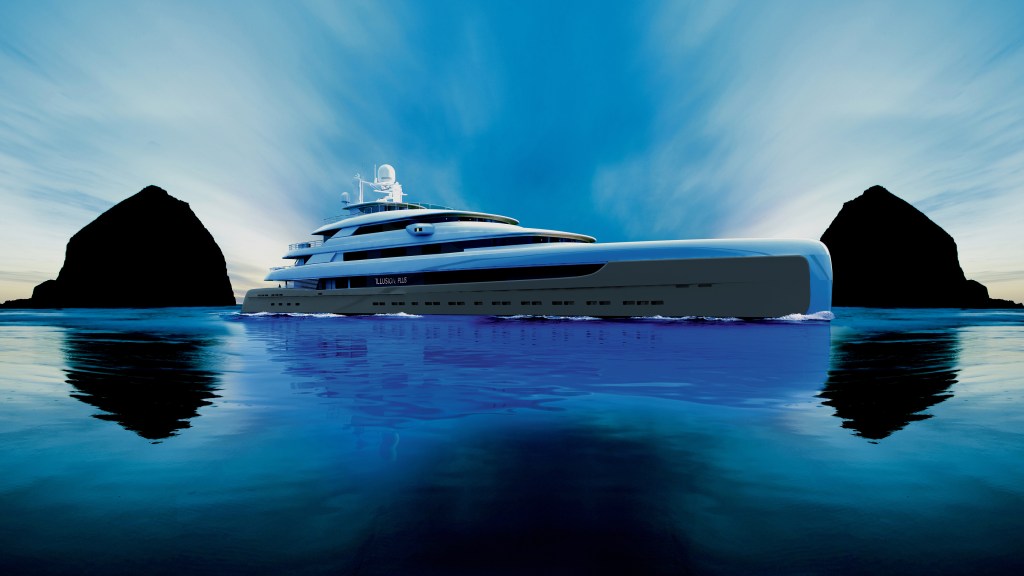 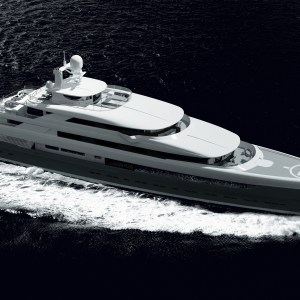 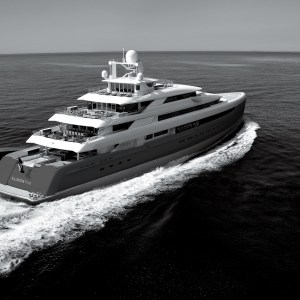 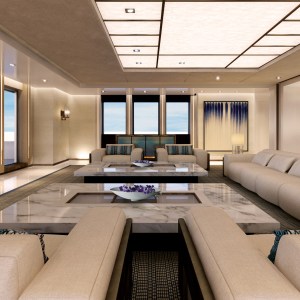 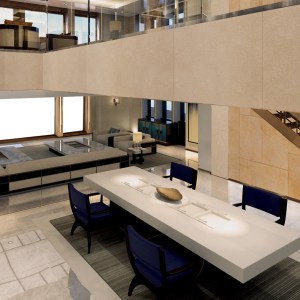 China is not generally known as a yachtbuilding nation, but the country does have some respected brands like Cheoy Lee and Silver Yachts. One of its superyacht builders, Pride Mega Yachts, recently orchestrated an historic launch for the gigayacht sector. The highly ambitious 290-foot, six-deck Illusion Plus is anything but a domestic project. The build, overseen by an experienced international team at the yard, also had some of the most highly respected names in superyacht design involved in the planning and construction. The interior design is by Netherlands-based Sinot Exclusive Yacht Design. London-based Rainsford Saunders Design, now renamed Rainsford Mann Design, did the handsome exterior and Netherlands-based Azure Yacht Design performed the naval architecture. The interior fit-out was done by Greenline Yacht Interiors in Dubai. It’s very rare to find such an internationally respected group of names attached to a single build.

Combined with its nearly 300-foot length, Illusion Plus’s 50-foot beam turns the gigayacht into a palace. Literally dozens of rooms are aboard the yacht, but one of its most noteworthy is the 860-square-foot owner’s apartment, located on its own private deck. It has 180-degree views through the full-height windows, a separate office, his-and-her bathrooms, and an immense walk-in dressing room. The extra headroom that the designers included in the bedroom and private deck forward also set this set this space apart. In addition to the apartment, the yacht has two VIPs, two double guest cabins, one twin, and two staterooms for the owner’s staff on the deck below. Quarters for the 25 crew members are in 15 cabins on lower decks.

Illusion Plus is a yacht of multiples. It has four interior lounges and two dining rooms. Two Jacuzzis (including a 17-inch-by14-inch main-deck hot tub with waterfall), three custom guest tenders, and a four-deck elevator all add to the yacht’s comfort factor. A double-height atrium that links the saloon on the main deck with the lounge on the deck above gives an unusual open-plan connection to the two areas, while joining both spaces for entertaining large groups. The spa on the lowest deck has a steam room, massage area, and sauna, and its remoteness provides a sense of tranquility. On the main deck is a gym and beauty salon. Pride outfitted Illusion Plus with designer touches, from Baccarat crystal glassware to Hermès crockery.

One of Illusion Plus’s most impressive features may largely go unnoticed by guests. Pride worked closely with Rolls-Royce to create a diesel-electric propulsion system with Azipull thruster pods, so that Illusion Plus is ultra-efficient and quiet, without compromising on speed. The yacht’s 16-knot top end will earn it respect in the superyacht community, while the 5,000-mile range can crisscross oceans. Illusion Plus is scheduled to be delivered later this summer. The yacht has a sales price of $145 million and is listed with Y.CO.